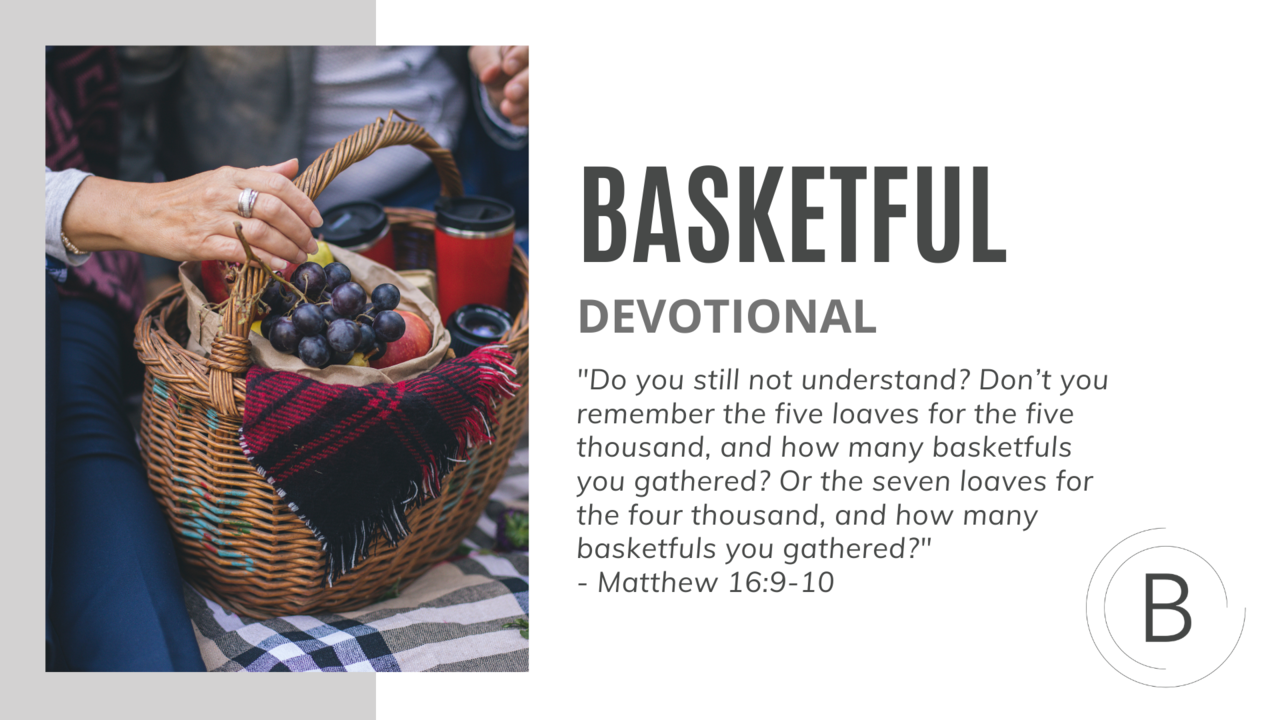 I have been considering the story of the loaves and fish in regards to the hundreds of people who have volunteered their time to serve fellow business-people. After seeing Jesus multiply natural resources, the disciples head across the lake. Later, in the boat, they panic about only having one loaf of bread, and Jesus warns them against humanistic unbelief. Prior to the miracle of the multiplication they were guilt free when it came to asking about a shortage of bread.  After the miracle they were held to a new standard. Consultants have seen God do many business miracles for clients, just as the disciples had seen Jesus feed thousands of people on nothing. We have seen revenues grow, costs shrink, orders come in, permits granted, machinery fixed, partnerships come into being, old inventory sell, and new products appear. The problem is that we who consult don’t always appropriate the miracles for our own businesses.

This is what happened in the boat:

Aware of their discussion, Jesus asked, “You of little faith, why are you talking among yourselves about having no bread? Do you still not understand? Don’t you remember the five loaves for the five thousand, and how many basketfuls you gathered? Or the seven loaves for the four thousand, and how many basketfuls you gathered? How is it you don’t understand that I was not talking to you about bread? But be on your guard against the yeast of the Pharisees and Sadducees.” Then they understood that he was not telling them to guard against the yeast used in bread, but against the teaching of the Pharisees and Sadducees

We have trusted God to provide for our clients. What about the consultants? I love the fact that our people lay down their lives to serve; but could God be challenging us to a new level of belief in him for “basketfuls” to be gathered as left-over bread for our own provision, even while we are going on Ventures and consulting?

What about business owners: did you trust God for miracles during the rēp Venture? I like what my friends and rēp co-consultants Joe and Donna Awender have done: every time there is a miracle in their business they write it on a board. They also take a pebble, as a symbol, and place it in a glass jar, and when the jar is full they put the jar on the receptionist’s desk. That way everyone remembers the miracles. (They have seen over 100 miracles in five months. It also helps them when their son comes home from school and says that the teacher informed them that miracles no longer happen.)

When God gave you some fish and bread, he wasn’t just feeding you for that day: he was inviting you into a lifestyle of kingdom living. That living involves a blend of staying and going, receiving and giving, sending out and being sent out. It is a life of double-entry theology. It is a life of spiritual flow. Accept his invitation to be part of the mobile band of marketplace ministers.