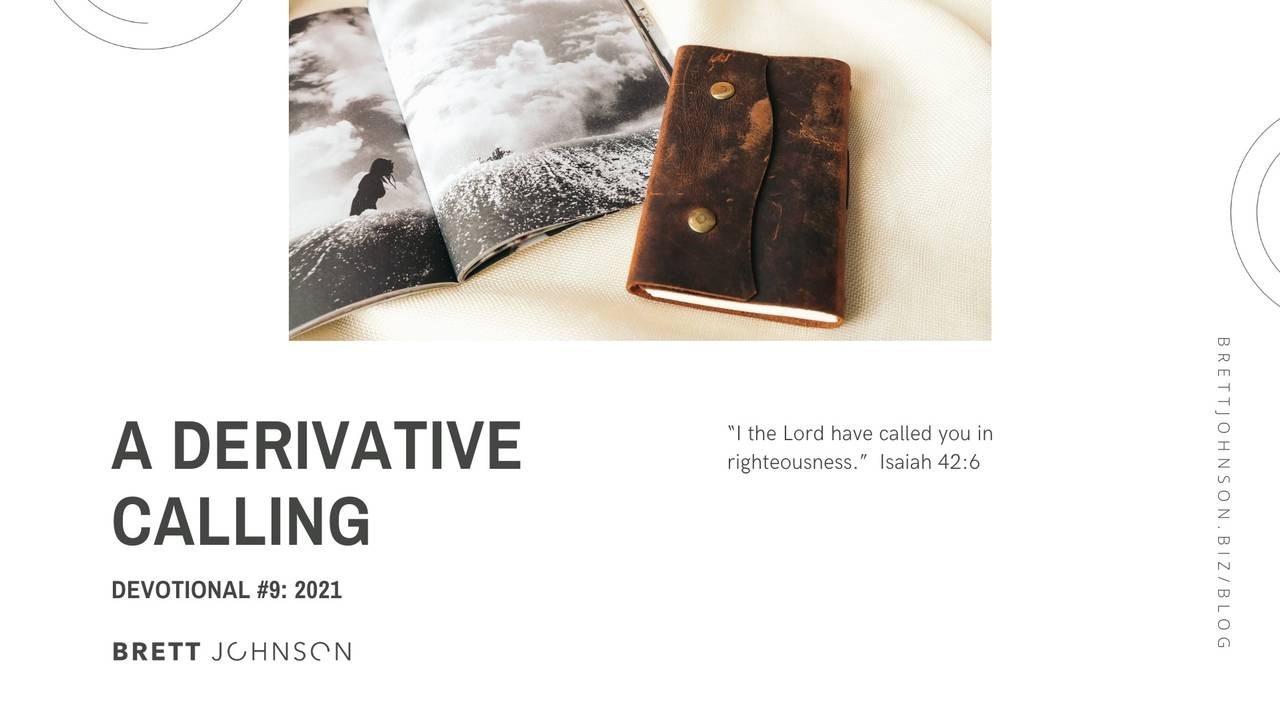 “I the Lord have called you in righteousness.”  Isaiah 42:6

We live in a world where there is economic crisis partly because so much money is flowing around the world chasing speculative transactions that are not linked to payment for goods and services. A recent estimate claims that only 3% of the international money transfers each day are in payment for goods and services. The rest of the transactions are often connected to derivatives of something that may have a real value. (Derivatives are financial contracts, or financial instruments, whose values are derived from the value of something else (known as the underlying).)

There is no question that Jesus has a specific calling. Part of it was unique. He did some things that you and I cannot replicate: he was born of a virgin, lived a sinless life, made a substantial sacrifice by giving his life, rose from the dead, and ascended to heaven. These no one else can touch or come close to. But what about the rest of his calling? How much of it applies to you and me? I believe that we make a mistake when we relegate the why, what, how and outputs of his calling to the ‘Jesus box’ and do not take them for ourselves.

Jesus was called “in righteousness.” The Father was right in calling the Son. There was no other way in which the job could get done. Father was just in making the call, and the call was the only thing that would bring righteousness to mankind. The calling Jesus carried was fair and just, even though it was tough, ultimately costing him his life. We have a righteousness that is derived from Jesus. As we model and share this basis of being right, with God with our fellow human beings, we are extending the righteousness of God.

Just as we have a derived righteousness, we have a derived calling. The calling is, like his, to open blind eyes, free captives, release prisoners, bring light to those in darkness, establish justice and bring God’s law (the law of the Spirit) to the nations. Our call may not be easy, but it is the right call. God does not have another way up his sleeve to get the job done. Father God calls us to complete the calling of Jesus. He knows this will be tough work, so he gives some special promises.

We have a calling that derives from the calling of Jesus. We have the authority which he received…He gave it to us himself. The job he started we are to finish. The methods he used we are to emulate. The outcome he sought we are to expect. We are to strengthen and focus ourselves just as he did:  “he will not falter or be discouraged till he establishes justice on earth.” He is unique, and he has called us to walk out his calling.