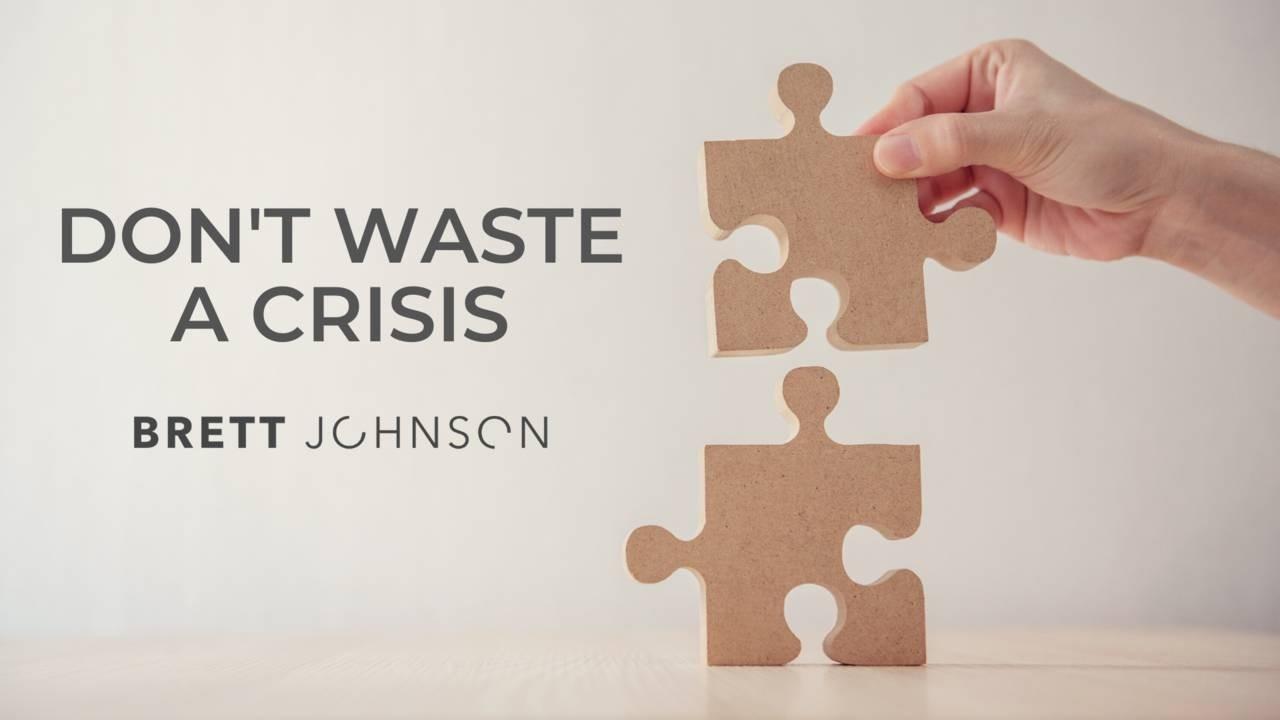 We are living in the midst of a three-headed crisis: pandemic, politics, profiteering.

It is no wonder that various groups are trying to make the most of the crisis. While the concept of not wasting a crisis is wrongly attributed to Winston Churchill, the real source of the phrase is found in “Rules for Radicals” by Saul Alinsky. It was later used by Barak Obama’s former Chief of Staff, Rahm Emanuel (who is also a former Mayor of Chicago). “You never let a serious crisis go to waste. And what I mean by that it’s an opportunity to do things you think you could not do before.”

A lot of energy nowadays goes into making sense of what is happening in the world. Crises are not new, and the patterns used by those who would leverage them for their own ends are premised on discontent and disorder. The general idea is to find a crisis, amplify it with as much emotion as possible, propose your unique solution (which fits your ideology), make sure that anyone who opposes you is painted as evil, uncaring, biased, not woke or sold out to whatever. Then you can enforce your solution which is often consistent with your group getting more power, or destroying an existing established order.

This Logic Is Nothing New

You probably think I am talking about the Coronavirus, but this logic has been apparent since the Garden of Eden.

Amplify emotion: that must feel terrible.

Solution: eat and you will know.

Anti-figure: God is bad because he is keeping you from your potential.

Outcome: loss of freedom and dependence on the serpent that connived them out of their birthright.

I see some of this same logic in the stirring of the crowds against Jesus.

Amplification: whip up the crowds beyond reason.

Anti-figure: peaceful followers of Jesus are a danger to Rome (actually, to the religious leaders).

Today we have the three-fold crisis: the healthcare crisis is giving governments the opportunity to act unilaterally, sometimes for the good of their people, but with the danger that they become accustomed to acting without the usual permissions, or accountability. Civil liberties could be a casualty. At the same time, the fault-lines of the healthcare organizations and systems are being exposed. They need fixing.

The second crisis is the racial crisis. Systemic injustices have boiled over at a time when the majority of citizens in the US are less sympathetic to policies and practices that are inhumane, illogical and unjust.

The third crisis will be an economic crisis that will attempt to create a parallel chaos which allows those who have capital to further consolidate their positions. So, while we are hoping for a more just and equitable society, it would be highly unlikely that this would come about out of the current situation. People will be more and more dependent upon state or centralized resources, and less and less entrepreneurial and free. What are we to do?

What I find is a very different response in scripture from what we see in the natural world. Because the gospel has the power to change the hearts of women and men, it alone has the capability to bring about societal change without provoking people to disorder.

In the book of Colossians chapter 2 verse 5 the apostle Paul says that he delights to see how orderly people are, and how firm their faith is. So, we see a combination of order and faith.

This is in stark contrast to the dependence on disorder for societal change that we have seen in the examples above. As people who claim to be followers of a God of order, we have to deal with the paradox of resisting that which is out of alignment with biblical truths while at the same time reflecting the order consistent with God’s character. We have to be motivated to root out injustice such as the racial inequities in society, and at the same time pray for a government that keeps law and order. Even as we obey the authorities, we have to work with all our might to take social and legal action to address situations where the laws are unfair to any group.

A crisis provokes us to change our thinking. A crisis can also reveal our thinking, or worldview, so we need to pay attention to what is in our hearts and what spills over to our habits. We have to feel the daily indignation that God feels about injustice (“God is a righteous judge, and a God who feels indignation every day.” Psalm 7:11) and build a new future on a foundation of order. We have to champion the changes that need to be made, and uphold the eternal truths upon which such changes can be sustainably based.

My sympathies are with those who are protesting to have their voices heard and their compassion known. My heart goes out to the families who have lived with hundreds of years of structural bias against them because of the color of their skin, among other things. We “weep with those who weep…” At the same time, we do not establish the governance of God using the methods of chaos promulgated in the “don’t waste a crisis” mantra.

The prophet Isaiah was quite clear that “of the increase of his government and peace there shall be no end.” So, the peace of God is based upon the government of God and this is not founded on the rioting of crowds who have been manipulated by media or moguls of any persuasion. The right to peaceful protest is a given. Beware of those with an “ism” who are willing to sacrifice the freedom, finances and future of others to build their cause. By way of contrast, Jesus gave all to see people restored to his likeness, to an abundant life. We must work for change, and we must know the basis upon which others form their change initiatives. It is not about whether we fight the triple-threat, but how.

It is time for a spiritual, a racial, and an economic reset… at least! Seize the day, and spurn the faulty foundations of those who sow to the wind of fear, chaos or crisis-driven change at any cost.