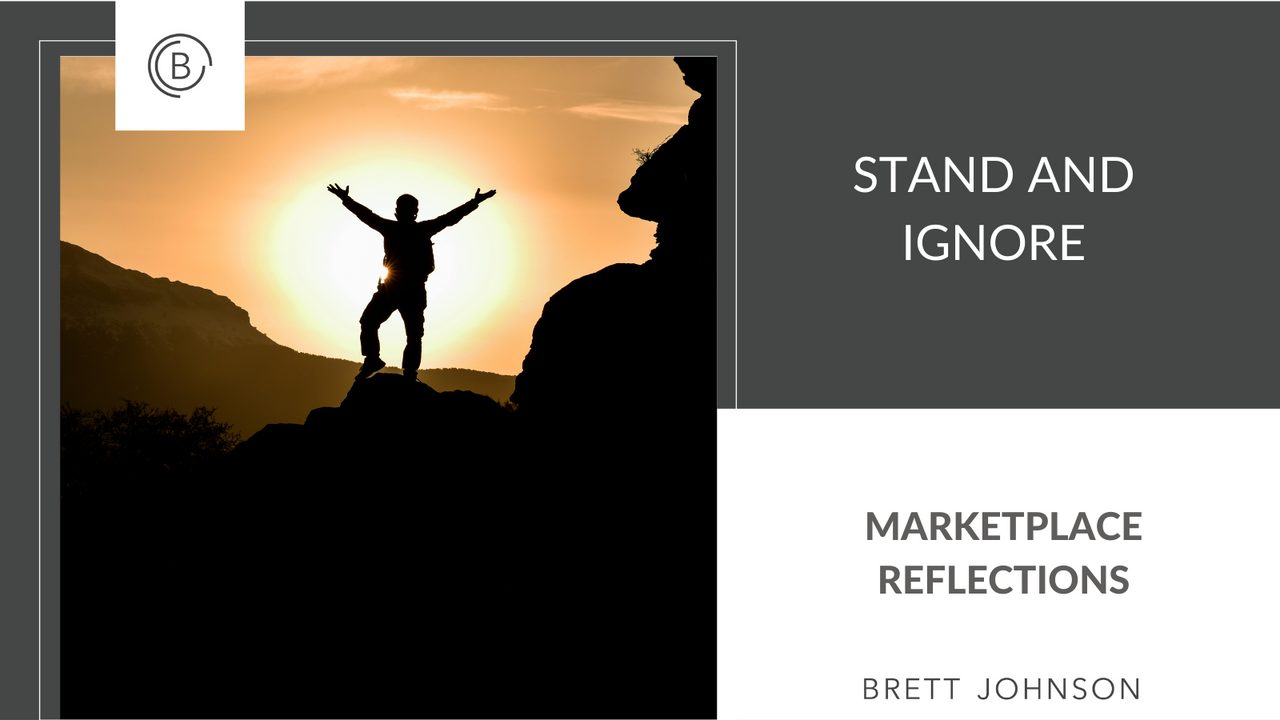 Not as a contrast, but to preserve us from hopeless hanging around, while we are standing there are things we can do. Standing naked will not suffice. There is apparel even for standing. Get dressed.

Friends visited us with their 15-month-old twins. A stranger walked in and tried to engage one of the toddlers, but he did not know her from Adam and was not about to make eye contact. He just stood and stared and pretended she was not there, even though her nose was inches from his. If he was old enough he would probably have been praying, ‘God, I am just going to stand here and ignore her till she goes away.’ We should “pray in the Spirit on all occasions with all kinds of prayers and requests… be alert and always keep on praying for all the saints.” Some of the “all kinds” of prayer might not be mountain mover proclamations, but alert ignoring, consciously disregarding the enemy. By all means, stand, but don’t stand and have a dialogue with the devil. Be alert, stand, and ignore.