Be Careful What You Say In A Funk 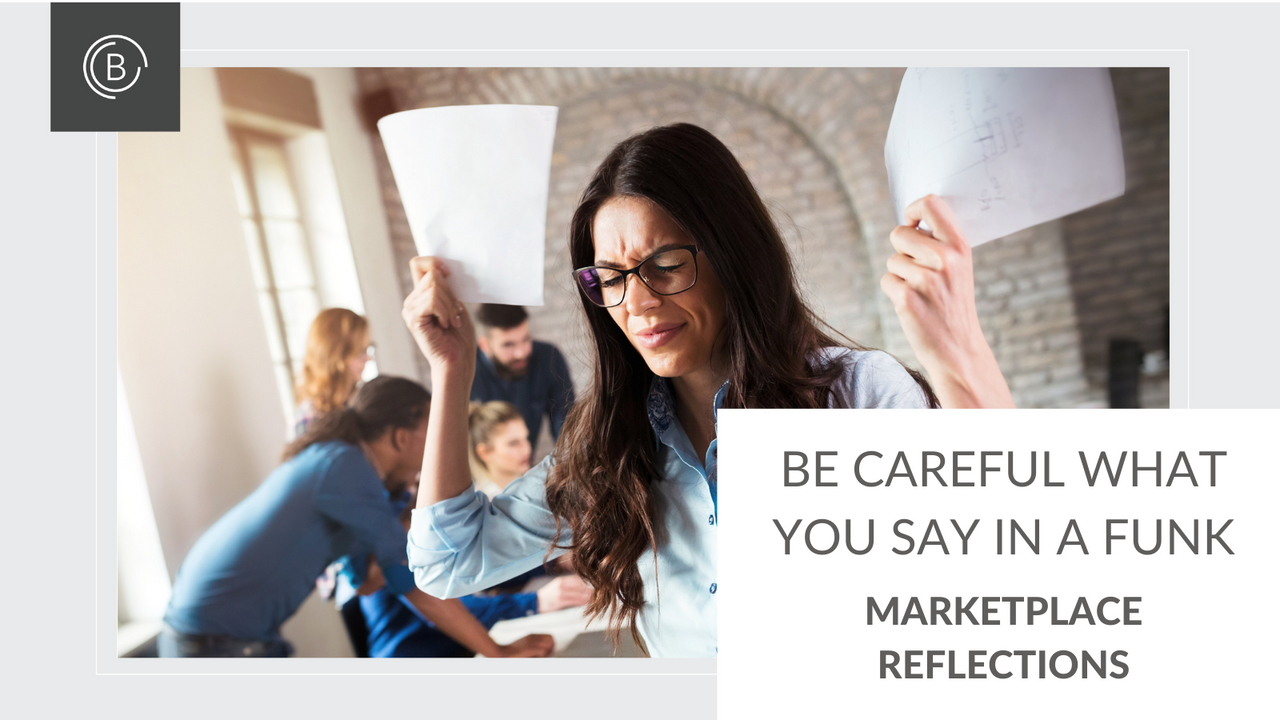 If I had said, “I will speak thus,” I would have betrayed your children. Psalm 73:15

Asaph was a writer of popular songs, a lyricist in his day. Just because he was a popular religious artist didn’t mean that he escaped the bad day syndrome. He was in a funk, and he points out why. “For I envied the arrogant when I saw the prosperity of the wicked.” You might have lost your job while someone you know was promoted. You might be taking steps of faith while others are looking after themselves, and they seem to be doing better financially. You may be hemmed in by limits, while others have no limits. What do you do? What do you say? Much has been said about the pivotal verse in this psalm, which is verse 17: “till I entered the sanctuary of God; then I understood their final destiny.” What I want us to see this time is the key principle that allowed Asaph to even see this truth. It has to do with what he allowed to come out of his mouth.

You may say, ‘I am just being honest… I am not in a funk.’ Being honest is good, but there is a difference between being honest and speaking words that betray you, others, and the next generation.

God is under no obligation to woo me out of a funk. I also have some responsibilities. We have, in particular, a responsibility to avoid recession speak. Grumbling is the cement that keeps the stones of discontent locked in our foundations. Praise is the mortar that holds the bricks of the future together.

If I had said, “I will speak thus,” I would have betrayed your children. Psalm 73:15