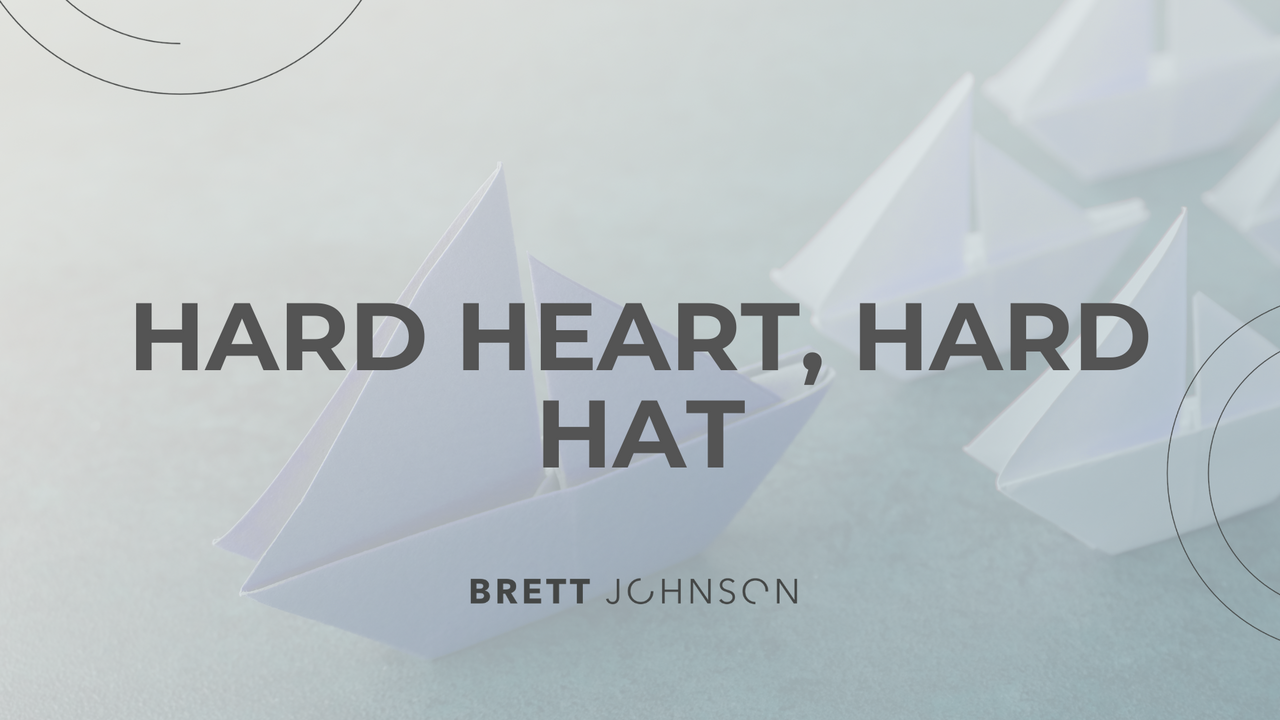 Leaders impact people. While leadership is not everything. it is something. The behavior, character and competence of leaders has ripple effects in the lives of the people whom they lead. Pharaoh, ruler of Egypt, was in a tough situation. On the one hand, he had a free workforce to labor on his projects. On the other hand, he had an 80-year-old liberator telling him to let the slave laborers take a break to go and worship in the desert. Had Pharaoh been an enlightened leader he might have thought giving a week of Personal Time Off (PTO) was fair… but he didn’t, and the disingenuous cycle continued: start plague 🡪 repent 🡪 stop plague 🡪 change mind 🡪 next plague. After a while Moses said,

“You still set yourself against my people and will not let them go. Therefore, at this time tomorrow I will send the worst hailstorm that has ever fallen on Egypt, from the day it was founded till now.”

There was much back and forth, toing and froing, between Moses and Pharaoh. Each time Pharaoh seemed to get a little more stubborn. After the hail storm he changed his tune a little.

“Then Pharaoh summoned Moses and Aaron. “This time I have sinned,” he said to them. “The Lord is in the right, and I and my people are in the wrong. Pray to the Lord, for we have had enough thunder and hail. I will let you go; you don’t have to stay any longer.””

No sooner had the hail stopped, however, and Pharaoh changed his mind again.

“When Pharaoh saw that the rain and hail and thunder had stopped, he sinned again: He and his officials hardened their hearts. So Pharaoh’s heart was hard and he would not let the Israelites go, just as the Lord had said through Moses.”

Leaders today are not much different. When there is a national disaster, whether from nature or war or plague, leaders may turn to God for help. Many even claim to know and honor God during election cycles. In times of so-called peace, however, it is business-as-usual and God is either forgotten or deliberately sidelined. If your leaders are acting as if there is no God, if they are governing affairs without one eye on eternity, if they are compartmentalizing and relegating God to the realm of Religion but excluding him from the spheres of Government, Business, Capital, Healthcare, Media and more—then your leaders have hard hearts. Get a hard hat—there will be hail! And, (I don’t like sentences that start with “and”) if your leaders are rewriting the past to fit their dream of a future that does not need God, take note: you are in a deconstruction zone not a construction zone. Get a hard hat.

There are universal laws which, if defied, have consequences. When human leaders set up their own laws contrary to eternal principles and then justify their actions by their own laws, then they and their people do not escape the consequences. The fallout of mis-founded leadership is widespread: economic, ecological, emotional, relational and spiritual, to name just some areas. Hard hearts, hard hats.

What kind of hard hat can we use to cover ourselves? First, the helmet of salvation. You can protect your head from the fallout of bad leadership by knowing that God is God, they are not, and you are not. Second, a renewed mind is an essential antidote to rogue leadership. Disinformation is as old as, well, the Garden of Eden, so keep your mental filters clean. If you do not have the Word as your truth but diet on CNN or Fox, the New York Times or New York Post you might be in trouble. Third, become a bad-fruit-spotter. If we are not discerning enough to gauge the roots of leaders (philosophical, intellectual, spiritual, etc.) we should at least be able to see the fruit. If the fruit is bad it could be the root (the foundations of the leader), the tree (their associated organization) or the climate (the culture which they have created or with which they associate).

The Ancient Egypt situation appears straightforward looking back, but it had its complexities. Pharaoh had a belief system, a political system, an economic system and a labor-supply opportunity that locked him into certain behaviors. Add a touch of ego (some people thought he was a god) and mix it with stubbornness and you have a catastrophe cocktail. That said, when Pharaoh messed up the whole of Egypt suffered.

When Moses stretched out his staff toward the sky, the Lord sent thunder and hail, and lightning flashed down to the ground. So the Lord rained hail on the land of Egypt; hail fell and lightning flashed back and forth. It was the worst storm in all the land of Egypt since it had become a nation. Throughout Egypt hail struck everything in the fields—both people and animals; it beat down everything growing in the fields and stripped every tree.

Scripture urges us to pray for national leaders. Paul urges us to do so and explains why:

I urge, then, first of all, that petitions, prayers, intercession and thanksgiving be made for all people— for kings and all those in authority, that we may live peaceful and quiet lives in all godliness and holiness.

The “so that” is clear: that we may live peaceful, quiet, godly, holy lives. Is there a plumb line embedded in this injunction? If the fruit of leadership is counter to peaceful, quiet, godly and holy living then the root might well be suspect. The rocky soil of hard hearts is not the soil of human flourishing. You can dress things up in political rhetoric, but if the result is bad then leaders should take responsibility.

Let’s not forget to examine our own leadership: what is the fruit? Is the outcome of our leadership showing evidence of a soft or hard heart? Have we believed our own propaganda—yes, Pharaoh thought he was a god— to the point that we are no longer tender? And are our people walking around with hard hats to avoid the inevitable fallout of our wanton leadership? If we are prone to hear “Hail the great leader!” we not care much about the hail/fallout on our poor followers. As long as there are leaders with hard hearts there will be a market for hard hats.