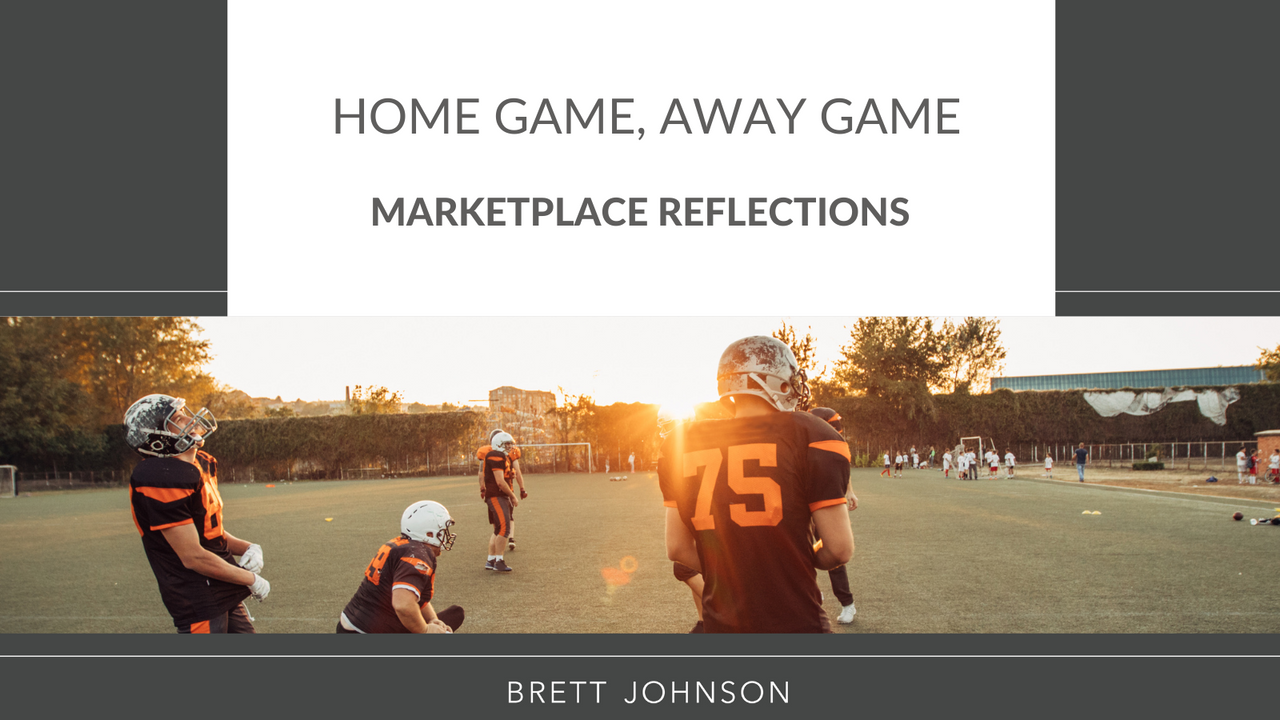 “The Lord, the God of Israel, commands you: 'Go, take with you ten thousand men of Naphtali and Zebulun and lead the way to Mount Tabor. I will lure Sisera, the commander of Jabin's army, with his chariots and his troops to the Kishon River and give him into your hands.'”

Granted, this was not a game. It was a grave national situation. So Deborah called on the tribes to step up to the challenge. Didn’t everyone come? Unfortunately, they did not. Many years ago I had an opportunity to take a second trip to the Ukraine to minister through business. I did not go because I was in the middle of a job move and the related negotiations. That specific opportunity has not re-presented itself. Today, my switch is defaulted to going, not staying. My heart’s default setting is “Yes” not “No.”

Can you imagine joining a team and saying, “I will only play home games”? It would preposterous. Yet this is exactly what many “Bible-believing Christians” effectively say. “I am so busy at home… there is so much to do right here… my business is keeping me busy… it is more comfortable at home” so I will not open my ears to the possibility that you, Lord might be saying  ‘Go!’”

Those Israelites who joined God in a tough fight rejoiced afterward. Those who did not respond to the call had a lot to think about. Take Reuben, for example.

In the districts of Reuben there was much searching of heart.

Why did you stay among the campfires to hear the whistling for the flocks?

In the districts of Reuben there was much searching of heart.

Then there was Gilead and Dan, neither of them willing to play an away game.

Gilead stayed beyond the Jordan.
And Dan, why did he linger by the ships?
Asher remained on the coast
and stayed in his coves.

'Curse Meroz,' said the angel of the LORD.

because they did not come to help the LORD,

to help the LORD against the mighty.'

Friends, when we choose to follow Jesus the assumption is that we will quickly become willing to play home games, and away games. Winning on the road can be tough. Staying at home can seem comfortable, but it leads to too much searching of heart. When these words jump out at us—“The Lord, the God of Israel, commands you: ‘Go...’” —then we ought to go. Don’t miss the opportunities that God puts in front of you as and when he chooses to do so. Be willing to play those away games. You too could be a giant.