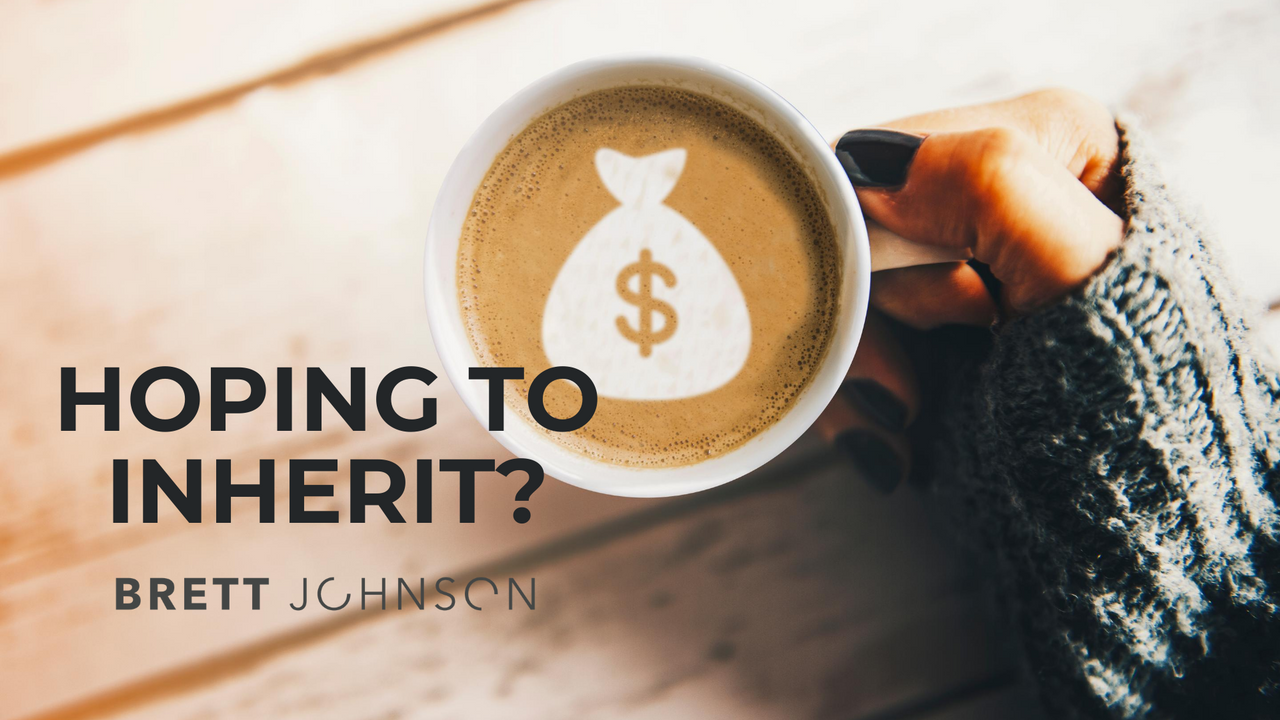 When I see the word “inheriting” I generally think about getting something for nothing, having assets passed on to me that someone else stored up. Psalm 105 reinforces this idea:

He brought out his people with rejoicing,
his chosen ones with shouts of joy;
he gave them the lands of the nations,
and they fell heir to what others had toiled for—
that they might keep his precepts
and observe his laws.

Even the phrase, “they fell heir” sounds like something falling into one’s lap. Quite a number of Hollywood movies have been made about young people inheriting a father’s or grandfather’s billion-dollar business or estate, usually subject to quirky conditions which make the movie entertaining.

This week I noticed a different angle on being an heir, or inheriting. The writer of Hebrews starts this way:

In the past God spoke to our ancestors through the prophets at many times and in various ways, but in these last days he has spoken to us by his Son, whom he appointed heir of all things, and through whom also he made the universe.

From a “thinking as usual” perspective, we inherit something we did not build. Someone else created the wealth and passes it on to us, normally when they die. In this passage Jesus inherits—becomes the heir of—something he created! It says in the very same verse, “He made the universe.” So, in the case of Jesus, he first created something, then he inherited it.

Could this be a strange kingdom of heaven paradox: we inherit what we co-create? These are the principles I see: Inheritance without participation in wealth-creation can lead to entitlement and privilege. Inheritance after co-creation is a mark of sonship. The former is focused on what others do for me; the latter is mindful of stewardship.

Jesus went even further. Not only did Jesus create the universe, he further sacrificed and made an ongoing commitment to seeing his Father’s purpose-fulfilled. Then, as a prototype and precursor to us, he became the heir.

"Inheritance without participation in wealth-creation can lead to entitlement. Inheritance after co-creation is a mark of sonship."

There is a cautionary air to this truth: it might be possible to co-create something, but not steward it through to its rightful conclusion. As a Luminary, I create many intellectual products. I am encouraged by this scripture that these can form part of my inheritance if stewarded correctly. I am cautioned that I must keep the shelves in my mind dusted properly and take care of the things I have co-created with God. Inheritance is not automatic: our grafting into the family of God must be accompanied by stewarding that which he entrusts to us.

This does not take as back to being “saved by works” – it has nothing to do with how we are justified, made right with God. I suspect, however, these truths have a lot do with how we “continue to work out your salvation with fear and trembling” as Paul reminds the Philippians

We could consider questions about our being “heirs of the Father, joint heirs with the Son.” Have I had an entitlement mentality that expects that inheritance is “something that costs nothing”? Do I recognize that my inheritance can be from things I co-create with my Father? Have I been diligent in stewarding ideas, products, things I have been given? Have I continued to sacrifice for, invest in, things I have co-created?

“heir of all things… he made the universe”