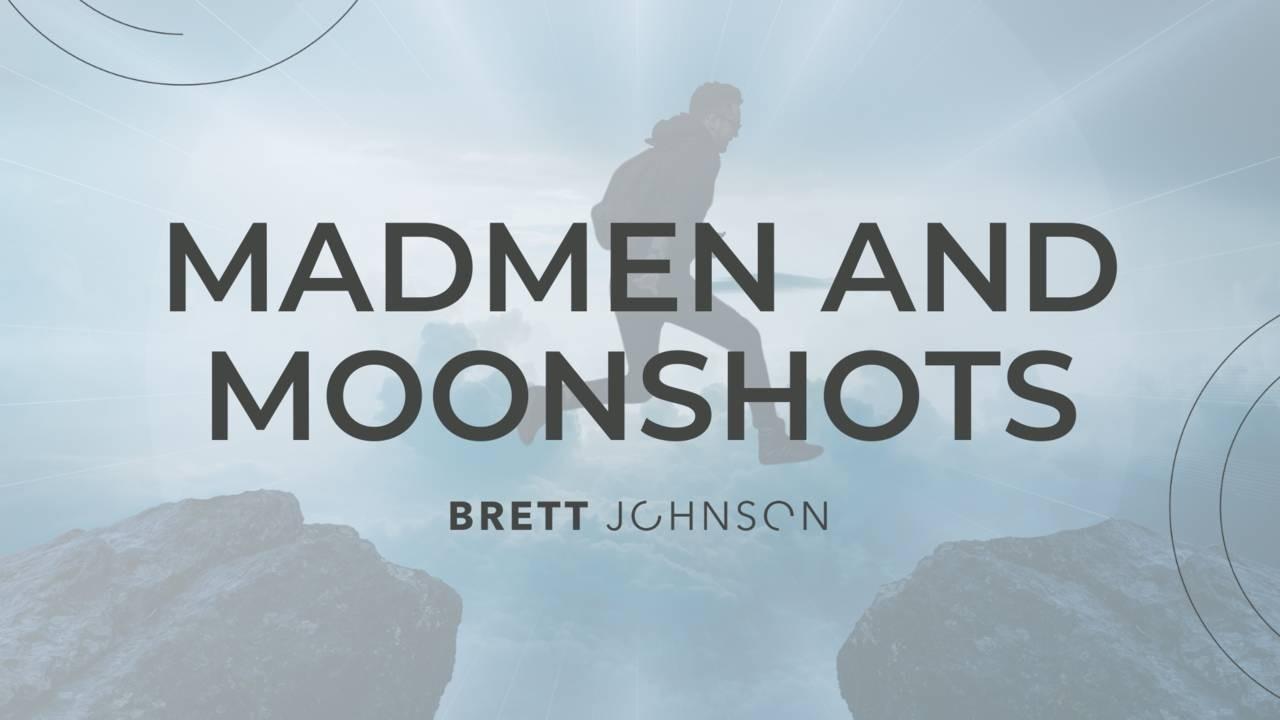 I have been thinking about faith this last week, probably because I have been into Hebrews—not the coffee shop at a hipster church… the book in the bible. There are an amazing number of deep one-liners in Hebrews. I read the first two or three chapters wondering, as some have postulated, whether Mary, Jesus’ mom, did write the book. It has a lot of “Listen up! This is my son and he is greater than all prophets, higher than all angels” themes in it. Later in the book I got more immersed in the concept of a brand new order where every follower of Jesus has gained access to the courts of heaven where their advocate represents them. I took a detour of sorts to learn more about Melchizedek.

Now I have arrived at the 11th chapter where clearcut definitions and examples of faith are supposed to be, and I find a messy collection of madmen going for moonshots. “I am pretty sure I heard God say he was going to give me a whole country… and me and my son and his son have lived in tents as foreigners in that land.” That was the forefather of our faith. (“By faith he lived as a foreigner in the promised land as though it were a foreign country, living in tents with Isaac and Jacob, who were fellow heirs of the same promise.”)

Keep your eye on the sky. “For he was looking forward to the city with firm foundations, whose architect and builder is God.” There is a danger with “selling” Jesus today that is tied to likes, clicks and followers: peddlers promise instant results. You and I have been seen “suddenlies” where one truth sets someone free. That’s awesome… AND we need to keep one eye on eternity. You may not see everything neatly wrapped up in this life. When the advertisers of Christian conferences promise hastily-breathed promises (while walking with a selfie stick) that, in three days, you will come into divine favor, breakthrough, new realms, whatever… beware. It may get them likes, clicks and sign-ups for their online courses, but it may also set you up for a fall.

If we insist on having it all now then we set ourselves up for failure because, when God doesn’t deliver on our timeline, we then revert back to doing it ourselves. Hope deferred sets in, and we decide to hatch another plan.

“For those who speak in such a way make it clear that they are seeking a homeland. In fact, if they had been thinking of the land that they had left, they would have had opportunity to return.”

If we insist it is all now we may grow weary and stop taking moonshots, only doing what we think is a safe bet. (This way we don’t look bad, and we think we don’t make God look bad either.) This is NOT the life of faith.

To be honest, I would rather have it now AND later. I like this part of the passage: “Through faith they conquered kingdoms, administered justice, gained what was promised, shut the mouths of lions, quenched raging fire, escaped the edge of the sword, gained strength in weakness, became mighty in battle, put foreign armies to flight, and women received back their dead raised to life.” Woohoo! Amen! Yebo! So be it.

“But others were tortured, not accepting release, to obtain resurrection to a better life. And others experienced mocking and flogging, and even chains and imprisonment. They were stoned, sawed apart, murdered with the sword; they went about in sheepskins and goatskins; they were destitute, afflicted, ill-treated (the world was not worthy of them); they wandered in deserts and mountains and caves and openings in the earth.” I would rather outsource some of these items. I think I don’t need them. I, however, am not God. His ways are way different from my idea of a perfect plan.

“And these all were commended for their faith.”

If you insist on having it all now, if you have no space in your brain for challenges, then you will make a plan to fill the gaps when God doesn’t seem to come through for you on your timetable. You will “have opportunity to return” to Egypt or Babylon or wherever you think you have it all figured out. You will not be mad enough (in the eyes of this world) to take a moonshot.

“These all died in faith without receiving the things promised, but they saw them in the distance and welcomed them and acknowledged that they were strangers and foreigners on the earth.”

Learn to live with a bit of tension between the here and the not yet. Be happy to be a conqueror and a foreigner, a Promised Land inhabiter, and a tent dweller. Be prepared to dream big, see the sky, reach for the stars, shoot for the moon, all the while not blaming God if your bank account or reputation or idea of success doesn’t seem what you thought was promised.