Sleeping with our eyes open 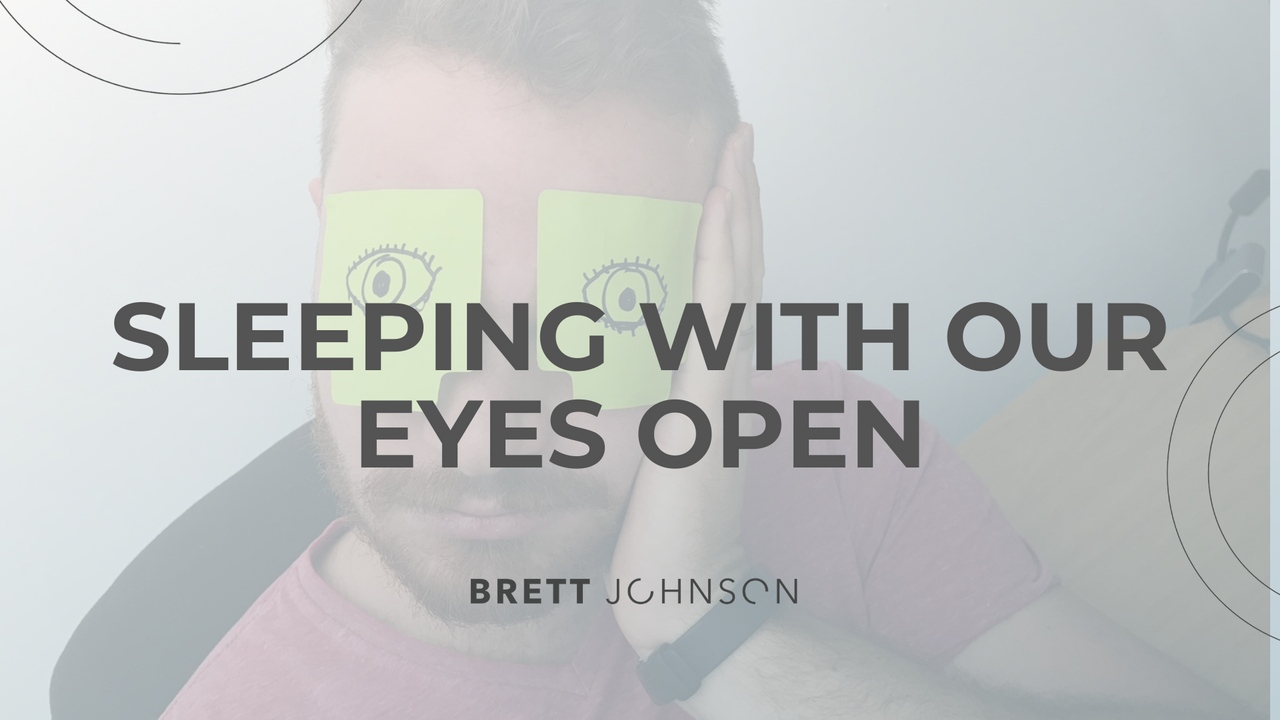 We used to have early morning meetings which were the normal mix of coffee and conversation. When we got down to business, however, I would look across at one of the men and sometimes his eyes were open, but he was gone… fast asleep. “The lights were on,” as the saying goes, “but no one was home.” That was a little freaky because he was both present and potentially absent at every meeting. According to WebMD, “You might be surprised to hear that some people sleep with their eyes open. And it's more common that you'd expect. About 20% of people do it, including babies. Doctors call this condition "nocturnal lagophthalmos."” Keith Green called it “asleep in the light.”

The world is sleeping in the dark

That the church just can't fight

'Cause it's asleep in the light

I was reminded of this when I read a poignant account towards the end of Jesus’ life on earth. Some key things happened in quick succession, and you can find them in Matthew 26:

And they took a nap. While Jesus was a short distance away pouring his heart out to his Father, they curled up and had a snooze. An hour later he came back and woke them. In the first garden Adam and Eve said, “Not Your will, but mine.” In the second garden Jesus said, “Yet not as I will, but as you will.” He reversed the disobedience of the ages in this momentous wrestling of the man, Jesus, with God the Father, and they slept through it. He came back a second time “and found them sleeping, because their eyes were heavy. So he left them and went away once more…”

That phrase struck me: “so he left them…” The parable of the bridesmaids tells us to be ready, yet I feel many in the Church today are sleeping with their eyes open: they look like they are in the game but their spirits are as heavy as falling eyelids. World events in 2020 created a lethargy among us precisely at the time when we need to be hyper alert. Jesus is still asking us to keep watch with him; I don’t want him to have to ask me more than once. Even more, I would hate to have him ask me twice and, when I fall asleep again, see him walk away to do the heavy lifting without my involvement.

What is a good way to measure our alertness? Is it the speed of response to his command? (The disciples were quick to talk… and yet they slept.) Is it an awareness of the times? (“Are you still sleeping and resting? Look the hour has come…”) They were warned of it, but they missed it. Be honest: what is your internal reaction when someone calls on you to grow, stretch, get up, move, join the fight? What is the condition of your soul? Has Jesus been asking more of you in this hour? Have you responded with enthusiasm, quick obedience, or has the morphine of the media and the persistence of the pandemic created a paucity of purpose?

“Watch with me…”  ZZZZZZZZZ, ZZZZZZZZZ “So he left them…” In our pose-perfect world we all know how to appear to be alert but, truth is, many of us are sleeping with our eyes open not seeing the season, missing the moment.