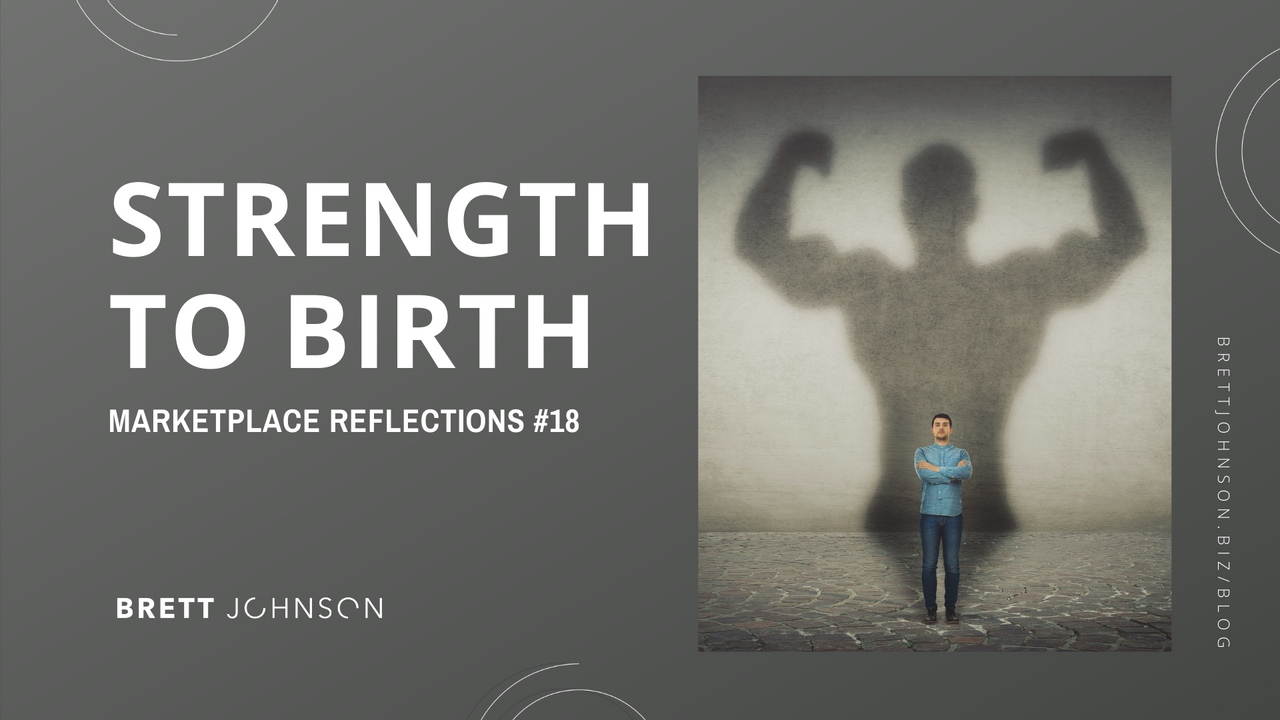 They said to him, “A message from Hezekiah: ‘This is a black day, a terrible day - doomsday! Babies poised to be born, No strength to birth them.’”
2 Kings 9:3 The Message

Many years ago, as a young leader of a local church, this Scripture challenged me. We had started many things, but what were we finishing? Initiating something is one thing; delivering it is another. Conception is fun, birthing is hard work.

As I write this I am challenged again: Much is being initiated; how much will be brought forth into the light of day? Ministering every day, in and through business, invites opposition. This is a spiritual matter. The enemy operates at the gate, at the threshold, and we need to achieve victory over him there, in prayer. Call out people to stand at the gates with you. Call forth midwives. Many have worked hard for months. Now we need the strength to deliver this baby. May Hezekiah’s message not be true of us:

“Thus says Hezekiah: 'This day is a day of trouble, and rebuke, and blasphemy; for the children have come to birth, but there is no strength to bring them forth.’” 2 Kings 19:3 (NKJV)

At the same time I know that plodding faithfulness has its merits. I am inspired by an entry in William Carey’s journal of June 12, 1806.

I rose this day at a quarter before six, read a chapter in the Hebrew Bible, and spent the time till seven in private addresses to God and then attended family prayer with the servants in Bengalee. While tea was pouring out, I read a little in Persian with a Moonshi [a native assistant] who was waiting when I left my bedroom. Read also before breakfast a portion of the Scriptures in Hindoosthanee. The moment breakfast was over sat down to the translation of the Ramayuna [an Indian epic] from Sangskrit, with a Pundit... continued this translation till ten o’clock, at which time I went to College (Fort William), and attended the duties there (teaching Bengali, Sanskrit, and Marathi) till between one and two o’clock — When I returned home I examined a proof sheet of the Bengalee translation of Jeremiah, which took till dinner time... After dinner translated with the assistance of the chief Pundit of the College, greatest part of the 8th Chap. of Matthew, into Sangskrit — this employed me till six o’clock, after six sat down with a Tilingua Pundit... to learn that Language. Mr. Thomas (son of the Rev. Tho. Thomas of London) called in the evening; I began to collect a few previous thoughts into the form of a Sermon, at Seven o’clock, and preached in English at half past seven... The Congregation was gone by nine o’clock. I then sat down to write to you, after this I conclude the Evening by reading a Chapter in the Greek testament, and commending myself to God. I have never more time in a day than this, though the exercises vary.

May you be victorious in your places of birth this week, and this month. We live in an era that has much promise, and with this will come much pressure. Be sure to press through the pressure so that you see the promise. God bless you as you prevail in prayer, and plod persistently in work.