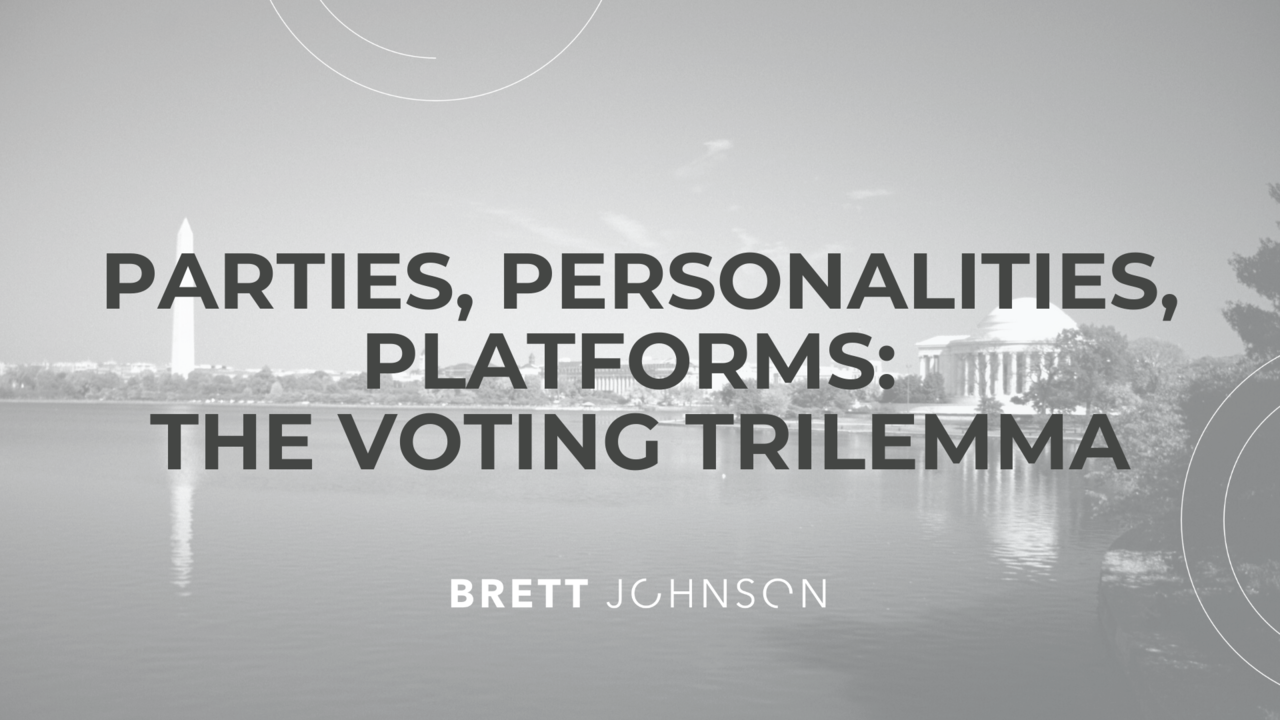 News channels, podcasts, YouTube, Twitter, TikTok, Insta, texts… we are being bombarded with so much (dis+mis)information that it is hard to discern truth. Beyond the politicians running for office there are professors, doctors and an array of experts with differing opinions. To make matters more confusing, respected Christian leaders say “I could never vote for him,” or “don’t ever vote for her.” To add a little spice, they say your vote will be remembered (against you if you disagree with them) for eternity. Tough talk.

This morning, a week away from election day in the USA in 2020, I came in my daily bible reading in 1st Timothy. This was written about 2,000 years ago yet is quite effective in blowing away the verbal fog and helping me see the issues. It will become clear that I am not a political expert, as you read on, but I do have a determination to get to clarity, where I can. Before I get to the Paul/Timothy conversation, let me summarize three places where people land in this coming US election. (The same applies around the world since politicians have flaws and voters have to make tough choices.)

#2 “I do not like either candidate for President, so I am not going to vote for either of them. I will abstain, or write in a candidate, or vote for an independent as a protest vote.”

#3 “This is not about the party or the candidate, but about the platform which they stand on and the policies and practices that will emanate from that platform. I will vote for the platform.”

Group #1 is based on picking a party: it is often about power.

Group #2 is picking a person: it is a personality contest.

Group #3 is looking at platforms: although shaded by #1 and #2, no doubt, they are voting on principles.

Group #1 says “if we can control the House, the Senate and the White House then we can really do what we want to do.” This is normal political thinking.

Group #2 bemoans the fact that out of hundreds of millions of people they end up with two flawed candidates. They are treating an election like a popularity contest.

Group #3 is urging people to ignore politics and personalities and vote for platforms which produce outcomes. You can, of course, have a perfect platform and place a flawed leader on the platform and still have problems.

So what shall one do? How shall we think about this trilemma? Let’s get back to Timothy who was instructed by the Apostle Paul to sort out some problems in the city of Ephesus. Like today, there was lots of hot air and toxic speech confusing people and leaving them divided. Paul effectively tells Timothy to cut through the nonsense and get to the bottom line.

I’m asking that you remain in Ephesus to instruct them not to teach or follow the error of deceptive doctrines, nor pay any attention to cultural myths, traditions, or the endless study of genealogies. Those digressions only breed controversies and debates. They are devoid of power that builds up and strengthens the church in the faith of God. For we reach the goal of fulfilling all the commandments when we love others deeply with a pure heart, a clean conscience, and sincere faith. Some believers have been led astray by teachings and speculations that emphasize nothing more than the empty words of men.

On the one side was conspiracy theories, myths, traditions, digressions, debates, expert opinions, speculations and “empty words of men.” Frankly, this sounds like people on both the left and the right in the USA. Paul tells Timothy he has to figure out what “builds up and strengthens the church in the faith of God” and achieves the outcome of loving others deeply “with a pure heart, a clean conscience, and sincere faith.”

I can hear people say, “I cannot vote for him/her with a clean conscience, so I will vote my party.” This is starting at Group #2, the personality contest, and ending up in Group #1: politics.

Yesterday I saw two authors in Relevant magazine take different views. John Piper, a well-known Christian leader, says he cannot bring himself to vote for Trump because he has a dubious character. The article states, “I think it is a drastic mistake to think that the deadly influences of a leader come only through his policies and not also through his person,” Piper writes. “Flagrant boastfulness, vulgarity, immorality and factiousness are not only self-incriminating; they are nation-corrupting.” What Piper is saying is that policies do not compensate for personalities. 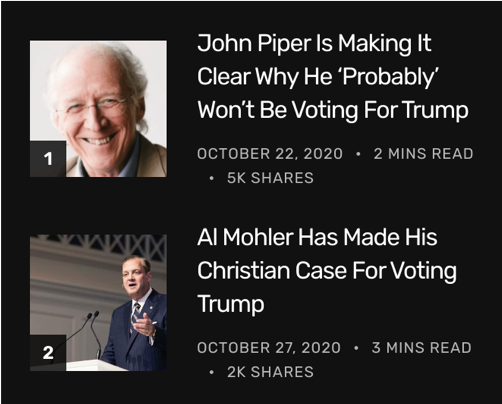 The second article is by Al Mohler who spoke out against voting for Trump in 2016. Relevant says, “Mohler’s argument boils down to “the end justifies the means.” He doesn’t pretend to like Trump, and says that the President’s “divisive comments and sub-presidential behavior are an embarrassment …Constantly.” But he also argues that “character” can’t be reduced to simple personality and principle, but also policy goals. “If I am electing a neighbor, it would be Biden hands down,” Mohler says. “But I am not voting for who will be my neighbor, I am voting for who will be President of the United States.” And in that calculus, Trump’s deliverables on things like abortion and religious liberty outweigh any apparent un-neighborliness. “President Trump has gone far beyond what would have been politically necessary to secure his base. He has staked his place in history and has defied the accommodationist temptation and has given pro-life Americans more than any other president.”"

In recent work with a group of spiritual fathers in a nation I summarized what they are doing in this flow chart.

Influencers (people of peace, in Luke 10) start successful initiatives that are sometimes noticed and codified to become policy. As soon as a policy is drafted, albeit in a back room by a boring committee, it hammers a legal stake in the ground that allows culture (good or bad) to grow. When culture is pervasive society is transformed, for good or bad. Piper is right: a toxic leader can initiate bad things and craft flawed policies. Mohler is also correct: you cannot stop at “People” (the black box above) and throw the baby out with the bathwater. You have to get to Policies (springing from platforms) because these will shape culture and change society.

I hear some say, “I wish there was a better way.” Psalm 78:72 says, “And David shepherded them with integrity of heart; with skillful hands he led them.” God’s intention is that leaders have both character and competence. In an ideal world, this would be the case. Today, however, if you set party affiliations and character aside, you will at least concur that the style, image and motivations do not look pristine for either US presidential candidate. I don't know them personally, needless to say, but neither might win a popularity contest or get through fierce character screening. (Trump will argue he has been screened by the best and brightest, or worst and most wicked, for 3+ years.) That leaves me with two other considerations: foundations and fruit.

I generally like the fact that there are at least two political parties to spar with each other. Perhaps I would like to see more than two. I certainly advocate that Government needs to be reconciled to biblical truth. This, not from a "christian" perspective, is an interesting explainer on how change can happen. 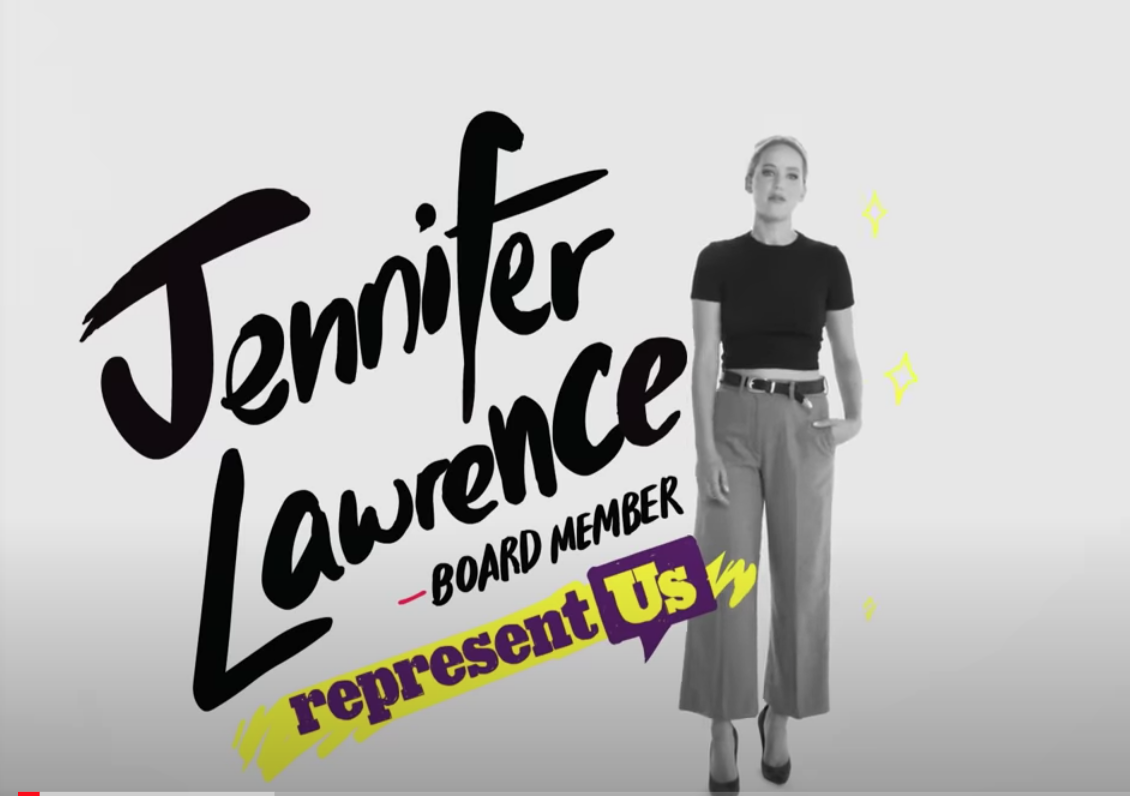 The above clip covers mechanisms. I am also a proponent of foundations: on the matter of foundations, I equate these to platforms from which spring policies. I have to choose the platforms that are most closely aligned with the ancient truths which I hold to be unchanging. (The prophet Jeremiah said, “Stand at the crossroads and look; ask for the ancient paths, ask where the good way is, and walk in it, and you will find rest for your souls.") Building on faulty foundations, even if temporarily expedient, leads to disaster. “The wise man builds his house on a rock.”

While President Trump does not claim to be a religious leader of which Hebrews 13:7 spoke, it contains a metric which is outcomes or fruit. “Remember your leaders, who spoke the word of God to you. Consider the outcome of their way of life and imitate their faith.” Trump has shaken the political establishment. He has been a wrecking ball to political correctness which was, in my opinion, a cover for secular humanism. The world has been so distracted by his tweets and apparent flaws that many have missed the underlying transformations at the foundational level. While his public unpredictability has kept the media at war with him on both surface and substantive issues, behind the scenes his lieutenants have been rebuilding the military, changing trade deals, implementing prison reform, setting up economic zones, funding black colleges, moving the US Embassy to Jerusalem while reconciling old enemies in the Middle East (after achieving energy independence at home), getting NATO to step up to their economic commitments, and pulling US troops out of costly wars. He has also done things which are flawed, a glaring one being separating parents and children at the border. The distractions of the Russia investigation plus the fixation on the border wall (which Trump fuels) and the present preoccupation with the Coronavirus are stopping people talking about outcomes. There are many things I do not like about President Trump but I do not doubt that he will try to do most of what he says he will do. Others disagree that Trump has accomplished things. A good friend, Vern Hyndman, reminds me, "Mexico has not paid for the wall. Hillary is not locked up. Trump has not released his taxes. Trump has not produced a comprehensive medical plan (after promising it in two weeks repetitively). Trump is a wrecking ball, but is incapable of building anything. He has not made torture legal as he promised (thank God). He promised to dump NATO ( again, thank God for his inability to deliver). He has not addressed he country’s infrastructure as he promised. He didn’t deport all of the undocumented folks and did not rescind DACA ( again, thank God)..."

When it comes to the trilemma, having ruled out parties and personalities I am left with platforms and outcomes, with the most important being platforms. Trump and Biden will come and go quickly. Platforms will persist for generations. It is based on a biblical evaluation of the efficacy of platforms that I cast my vote.

PS: Tom Klingenstein, Chair of the Board of The Claremont Institute, believes there is another matter that goes beyond the three options I have outlined. It has to do with the fundamental construct and identity of the US. He has a rose-tinted view of Trump and does not acknowledge past wrongs (such as treatment of indigenous people and slavery) deeply enough, at least in this presentation. That said, whether you come to his same conclusion or not, you may want to consider Klingenstein's perspectives on the eve of this historic election. 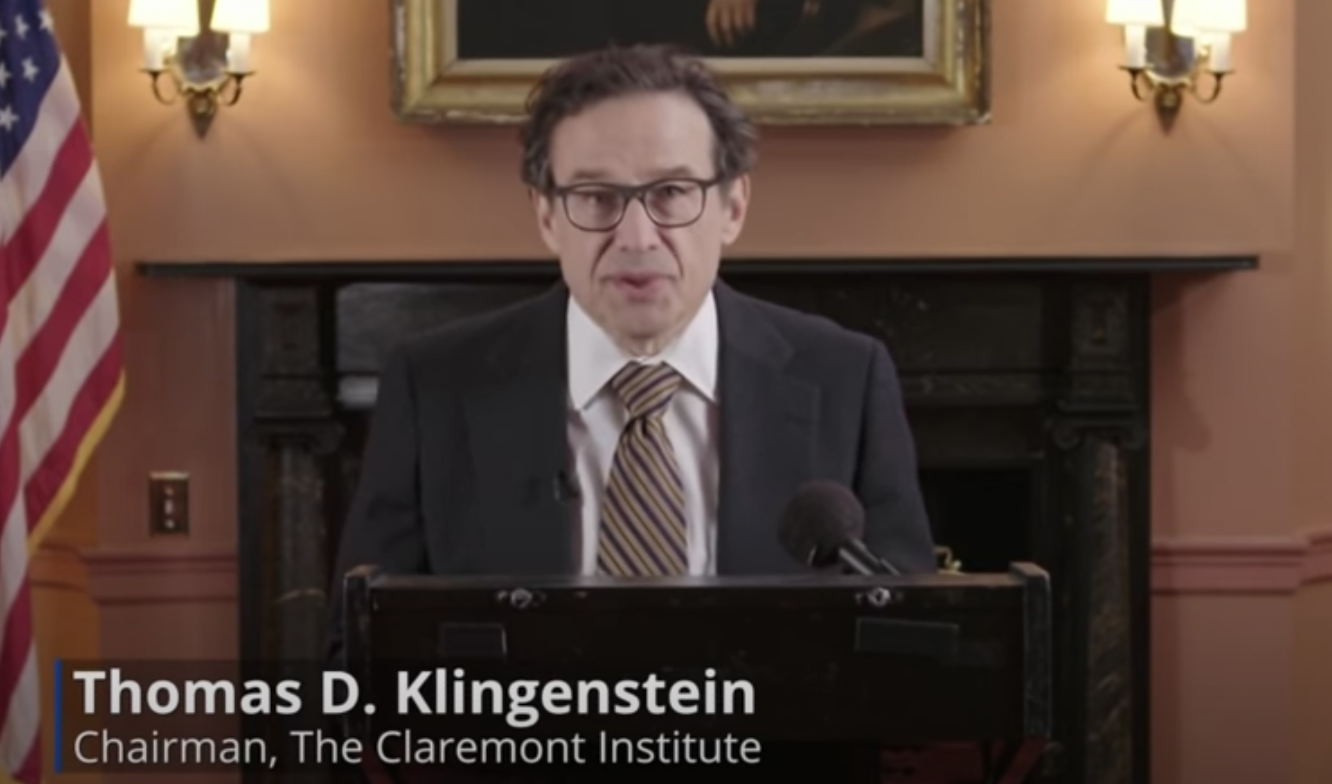