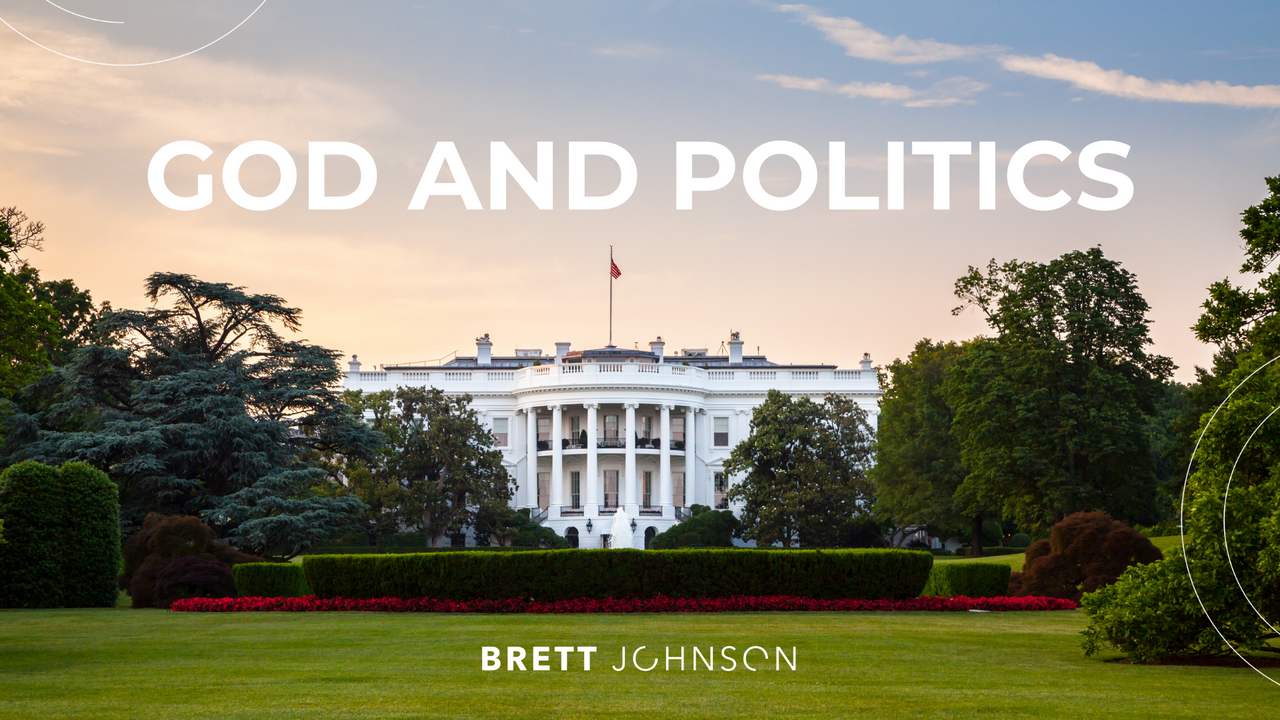 The inauguration of a new President  in the USA has happened and, while I write for an international audience, it is an event that leaves many with questions. The title of this blog, God and politics, is a little grandiose because I cannot do the topic justice in a short post. I do want to explore a dangling question, however, as to whether, how, and how much followers of Jesus should be involved in politics. (In an earlier post I explored the difference between platform, party and personality so I will not reexamine the “how then shall we vote” question. There is no doubt that there were hugely different perspectives among people who all have a ticket to heaven.) As I have considered the “fallout” from this contentious election I am sensing a divide among people in the Church (the broad body of Christ, not some specific denomination or local church). Some are thinking, “We should stick to our knitting and stay out of this political stuff.” Others are thinking, “We should never align with a political party because we will confuse building the Kingdom of God and building a nation.” Yet others have thought, “This is a referendum on a leader so I will vote for the person I think is least obnoxious.” There is another group that says, “God builds on the foundation of apostles and prophets, so what are they saying?” while their counterparts say, “Let’s stone the prophets who had a wrong prediction and get back to common sense.” There are also people prone to conspiracies on BOTH sides of the political fence, not just “the other side.” Sadly, in this era of identity politics and cancel culture, anyone who has a differing view from your own is easily labeled. As children of God, we do not have the cultural luxury of making such aspersions.

In Transforming Society I have a simple train of thought. First, the world needs fixing. Second, followers of Jesus have been given a mandate to make a positive difference in society. This is not just “the Great Commission” but also the “first commission” which is to steward the earth and its resources of all kinds so that the purposes and patterns of God can be evident on a planet he made for his and our enjoyment. (That’s a mouthful, I know.)

Third, there are three broad responses to this situation from people who have some knowledge of God and his ways: Defeatists, Dominionists, Evangelists. In my book I call these “The three ugly sisters.”

Now, do the Defeatist, Dominionist (not the software) and Evangelist categorizations apply to how people have responded to the God and politics question? Let’s expand on each, starting with the Dominionists:

“Detractors will label the theology of those who seek to extend the kingdom of God by working in specific sectors as “dominionism” and “theonomy” and “Christian reconstructionism.” I want to be clear that I do not believe everything that the anti-dominionism camp says. In order to make their arguments they tend to extract pieces of what people say, string them together, and make it sound like some are saying that Jesus is coming back to head up the Klu Klux Klan. They accuse those who speak of mountains and domains as leading a peaceful revolution to change things on earth now by getting Christians and the truths they espouse into leadership in all sectors of society.” (Page 57, Transforming Society)

Some would accuse Christ-followers in America (I am not using the word “evangelicals” because this has become a political label for people “on the right” and no longer has much to do with theology or belief) of getting too cozy with Republicans, in general, and President Trump in particular to the point where they have lost sight of God’s agenda and become puppets in a political agenda.

The flip side of dominion theology, as detractors call things, is defeatist theology. This is the idea that “things are going to hell in a hand basket, but I have a one-way ticket to heaven so I don’t need to worry.” This line of reasoning goes on to say, “Not only do I not need to worry, but there is no sense in making things better now because pretty soon Jesus is coming back, and he will fix it all when he returns.” No need to recycle, not much cause to worry about alternative energy, and little sense in trying to change laws and elect godly leaders. “We are in the world but not of the world” is the general theme. “The best we can do is to get people to make a spiritual decision to accept Christ as Savior, be nice, and go to heaven one day.” (Page 57, Transforming Society)

Since the “evangelicals” (by the media’s definition) have been defeated, the Defeatists want to retreat to world of religion and leave politics alone. Which takes us to the third group, the Evangelists.

If you are a person of faith you have to figure out how your faith translates to the public square.

Somewhere between “we cannot change much now” and “we will make everything perfect before Jesus returns” is a road many of us travel. It is not dominionism, and it is not defeatism. It is not “one day pie in the sky when we die” and it is not “all things under his feet right now.” It is a path of responsibly putting our faith into action so that today Jesus gets the fruit of his work on our behalf. It is a road where we seek to see the implications of “God... was in Christ reconciling the world [cosmos] to himself” worked out in all of life. It is all his, he deserves to see it come back into alignment with the will of the Father, and every believer has a responsibility to ask, “Father, what would it look like for everything in my world to align with You and Your ways?” (page 58, Transforming Society).

I am struck by how timely it is that we will start a training on Transforming Society in the 2nd half of February 2021. When shaping the class I had not anticipated just how crucial it is to reexamine this topic. I fear that there is a swath of people who are in danger of being beaten back from having a civic involvement. The media and political backlash against people with a vaguely conservative perspective is ramping up. This could leave millions retreating into the Evangelism camp, at best, or the Defeatist camp, at worst. Pressure will cause many to abandon constructs that are actually about the Kingdom of God, not the perspectives of Evangelists, Dominionists or Defeatists.

So, if you are thinking about these things (and my bias is that all God-fearing people should be) then please consider investing 20 sessions in exploring whether, why, how and with whom we should be engaged in making the world a better place, in transforming society. You can find out more at: https://www.brettjohnson.biz/transforming-society