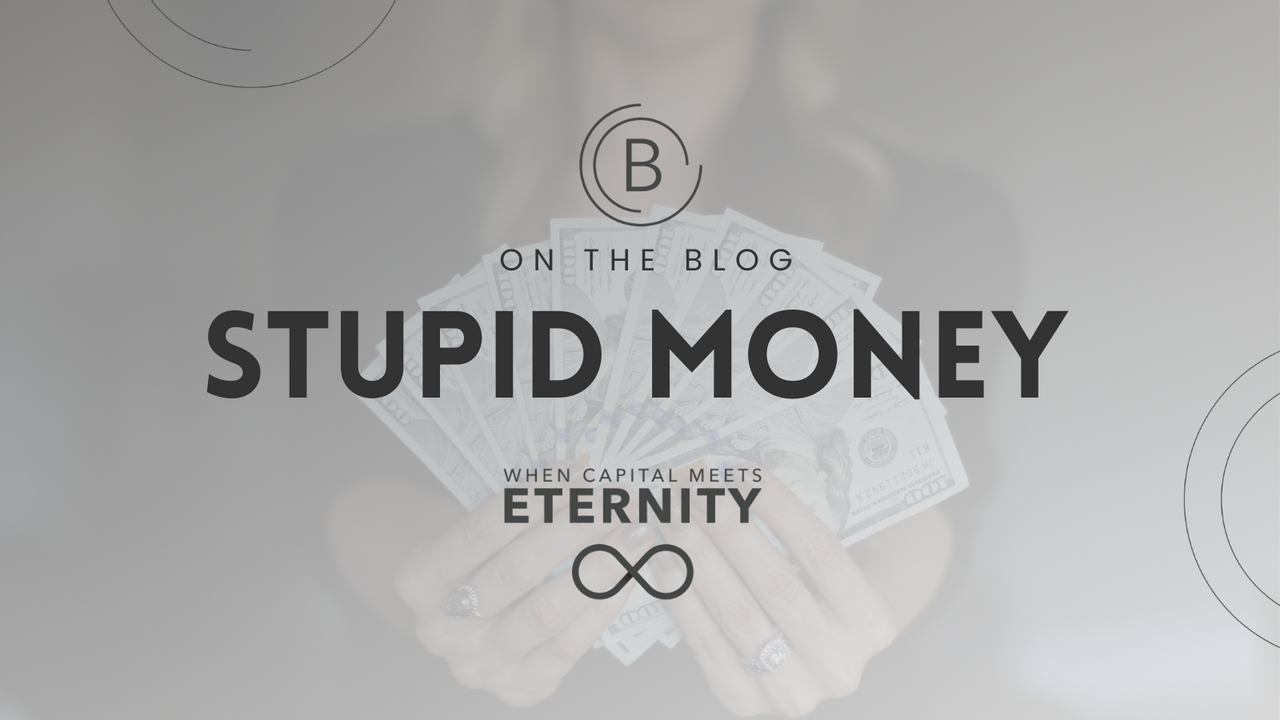 I lived in Silicon Valley for over 30 years and often heard the phrase “smart money” which meant funding that came from investors who added value beyond just capital. Smart money brings know-how, industry experience and networks that are often more valuable than just cash.

Scripture alludes to “stupid money” in Psalm 40 which ends with this phrase:

“Rich people with no understanding are just like animals that die.”

Living a life without purpose is terrible; dying rich and leaving this life without having figured out the meaning of money is… well, no different than living and exiting the planet like an animal.

Stupid money has not found its purpose. Stupid money meets the needs of this life but does nothing for the rest of one’s life in eternity. Stupid money focuses on consumption, not multiplication through others.

If smart money has discovered its purpose, what are some of the broad purposes of money? The usual answers include...

You can't take it with you 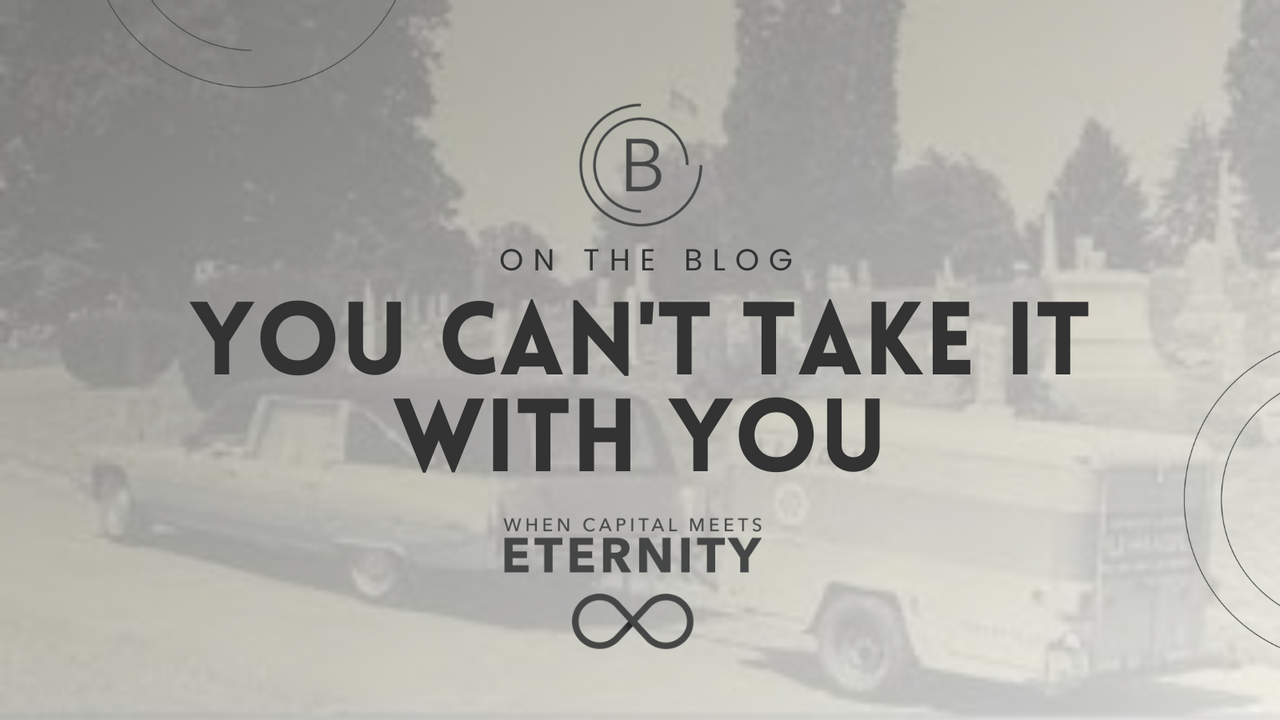 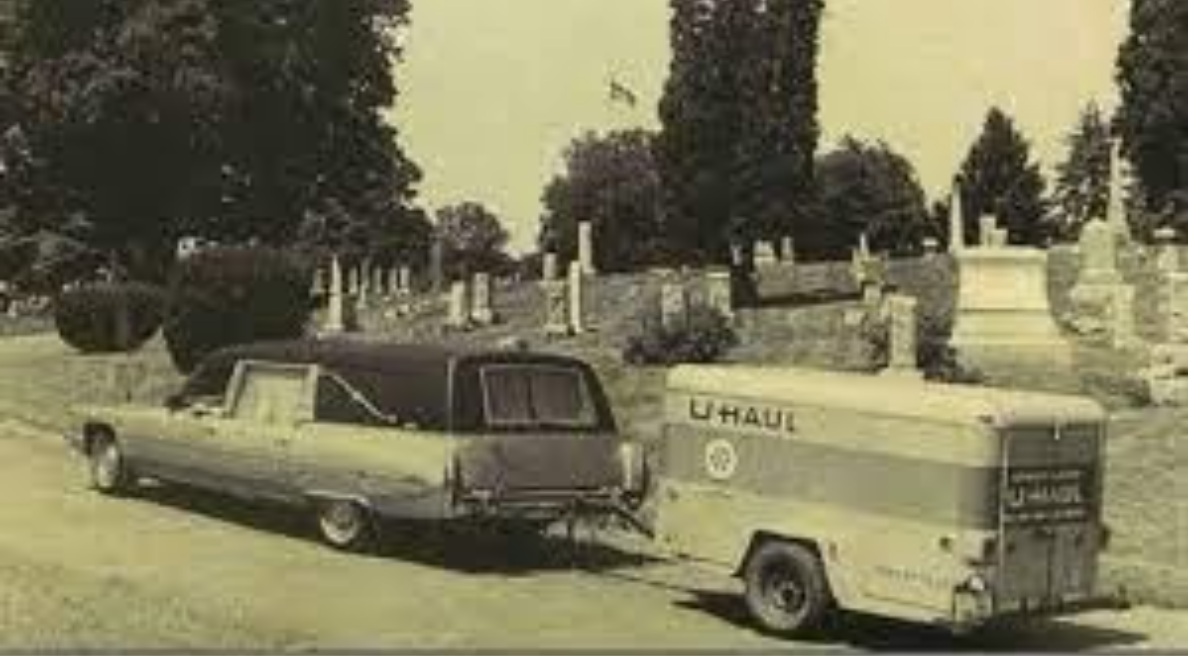 It has been said no one has seen a hearse with a U-Haul trailer behind it. (Strangely I found many images that tell a different story.) There is even a popular song by Kristian Bush with the same sentiment.

We try, everybody tries

Tries to fit into that ditch

You can't take it with you when you go

Never seen a hearse with a trailer hitch

Never seen a hearse with a trailer hitch.

Our last two blogs have highlighted various aspects of Psalm 49 and the dangers of disconnecting wealth from eternity. The Message translation of scripture gives us a simple summary:

So don’t be impressed with those who get rich
and pile up fame and fortune.
They can’t take it with them;
fame and fortune all get left behind.
Just when they think they’ve arrived
and folks praise them because they’ve made good,
They enter the family burial plot
... 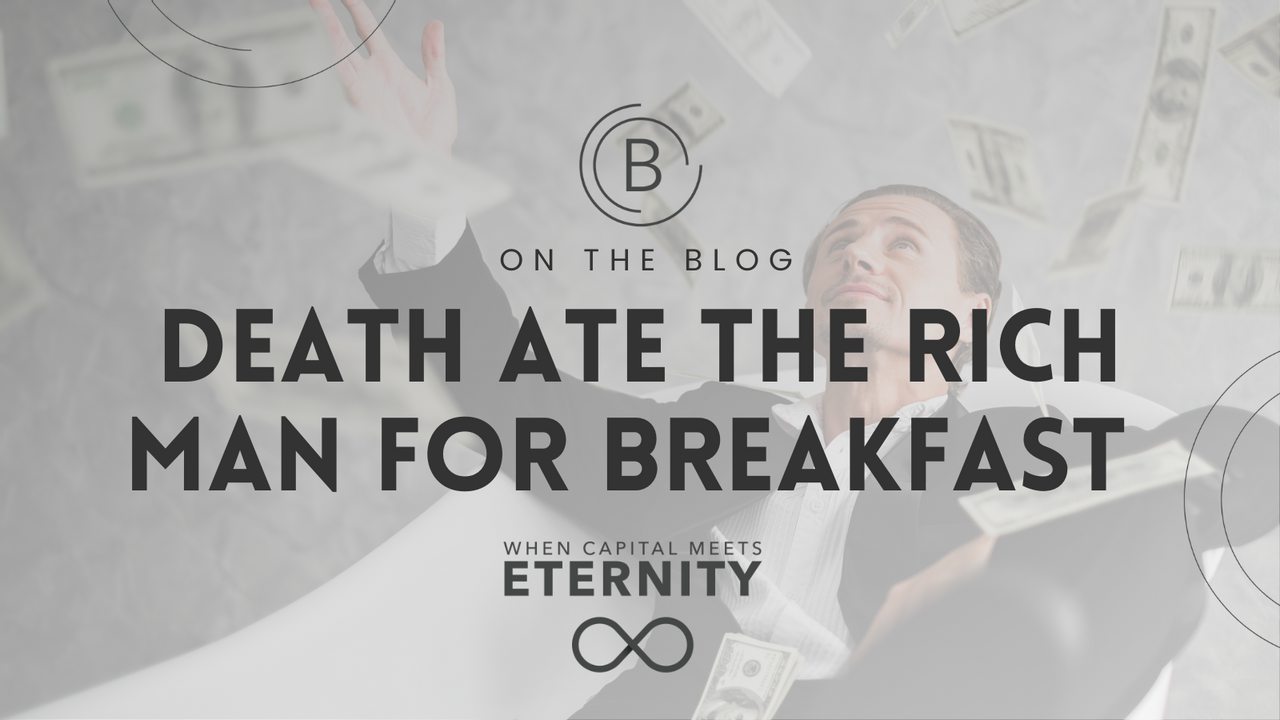 My last blogpost cautioned us to be careful who it is that we follow: are they the self-made rich concerned about this life, or have they connected their wealth to eternity? For those who know God there is the assurance that death has been defeated through the resurrection of Jesus Christ. So the apostle Paul can ask, “Where, O...

Do you have enough? 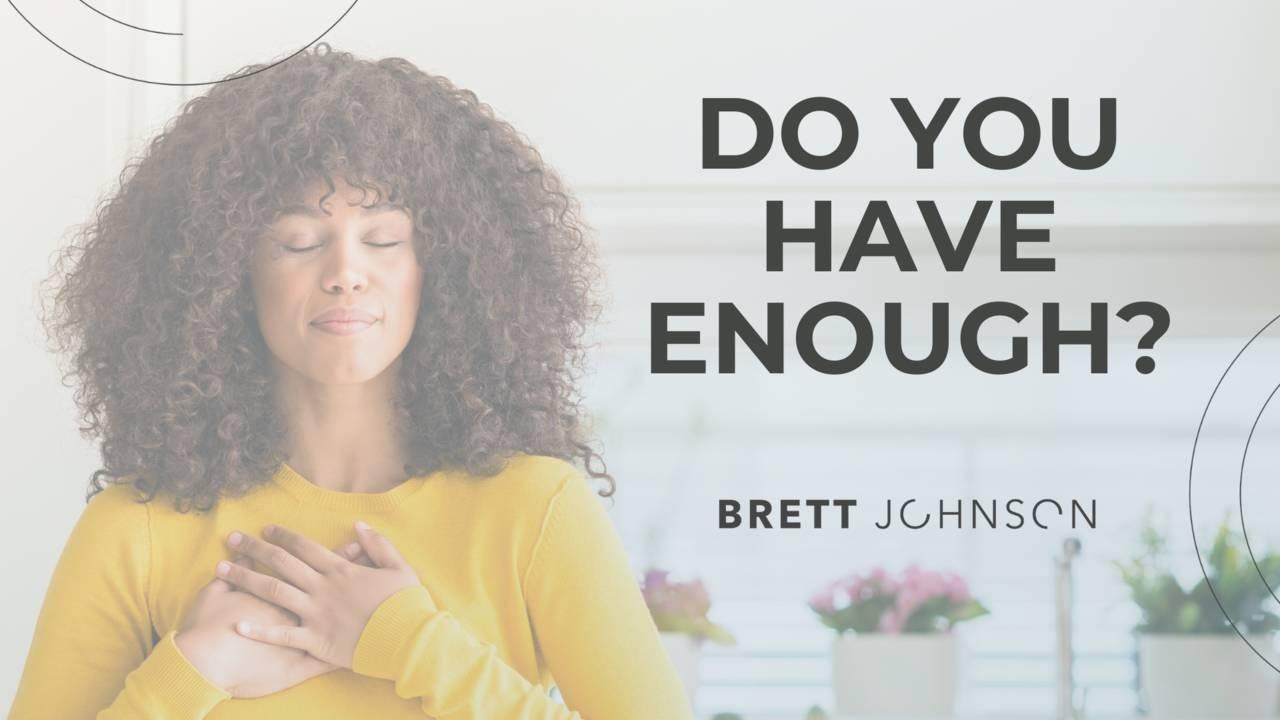 In 2020 the annual income needed to be happy (in the USA) was roughly $75,000—earn less than this and you may be a little miserable, and earn more… well, the happiness per dollar does not increase by much. Situations vary, but this is the rough calculation. I wonder if it is fair to ask whether desiring more than “enough” is a love of money? I do not think this is always the case. If you want it so that you can give it, that is one thing. If you want it so that you can keep 90% of the increase for yourself, assuming you give away 10%, then that is different. In fact, it may be “the love of money” which we are told to avoid like a novel virus.

“Keep your lives free from the love of money and be content with what you have…” says the author of the book of Hebrews.

Dealing with greed is a tricky thing because we convince ourselves we need more. Contentment: it is easy to say it, but hard to stay in it. An experiment has been done...