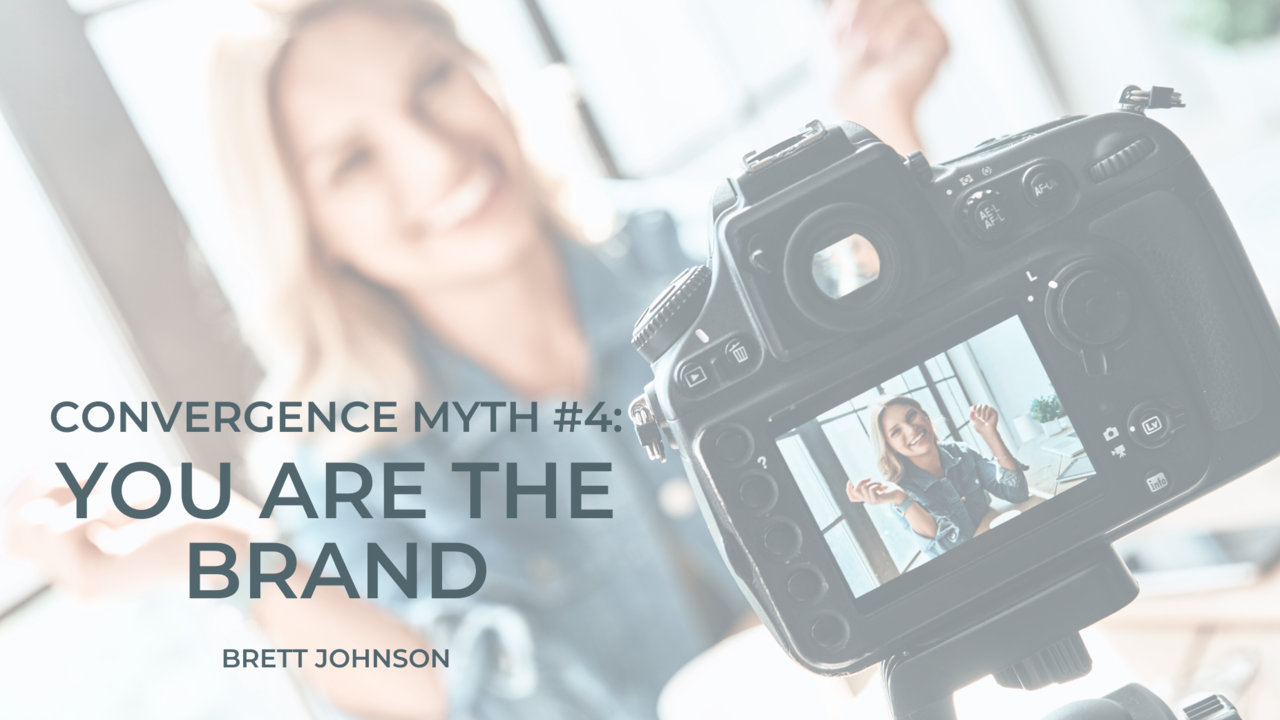 Let's be honest, the carefully curated Instagram photos have nothing to do with what someone really looks like, let alone who they are. This notion of carefully managing your social media image is partly a consequence of faulty thinking.

Jesus says, "Lose your life and you find it." There were a bunch of people who rejected Jesus back in the day because they valued their image and reputation above truth.

There are some things we must cultivate: truth, humility and justice, for example. There are things we must grow more than our following: love, joy, peace, patience kindness, self-control etc. Scripture says that promotion does not come from the North or the South, the East or the West, but promotion comes from the Lord. Get a new Brand Manager, and rather focus on your character, competence, calling, community... the important things. 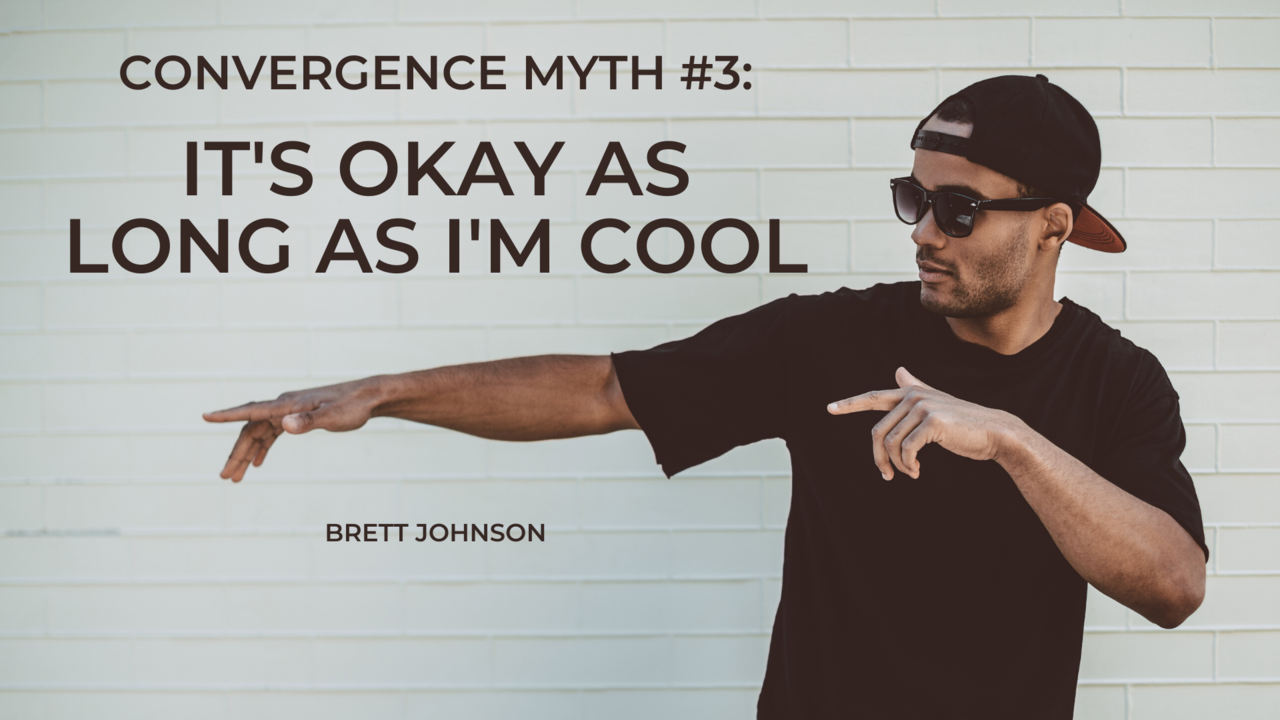 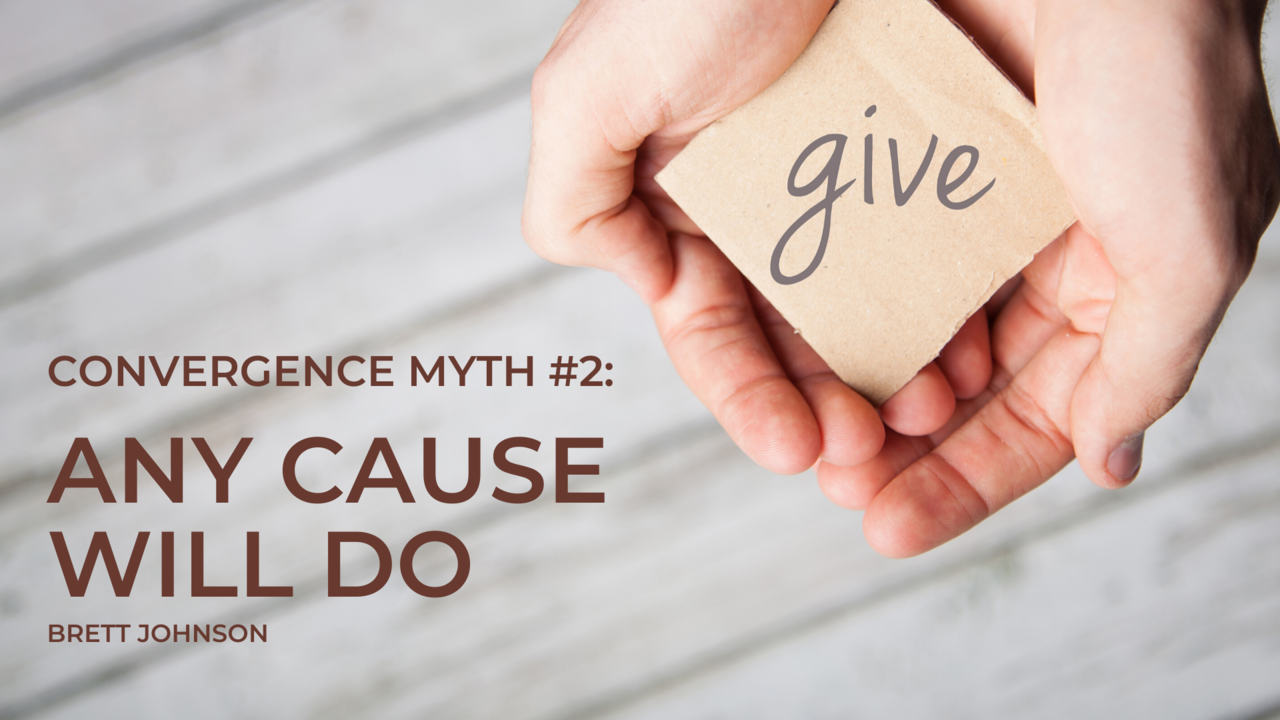 I love the fact that young people want to change the world. (This has been the case for generations; Millennials actually believe they can do it, however. This is true, thanks in part, to the tools that previous generations built for them... like the internet, web browsers and mobile devices. But I digress.) The downside of this world-changing-enthusiasm is that it often comes mixed with a tolerance, inclusion and muddiness around truth that fosters Myth#2:

This can lead us to be crystal clear on how to save the whales, the planet, the spotted owl... but clueless when it comes to "saving our souls."  We should save the whatever, but we should 100% make sure we are saved as well. 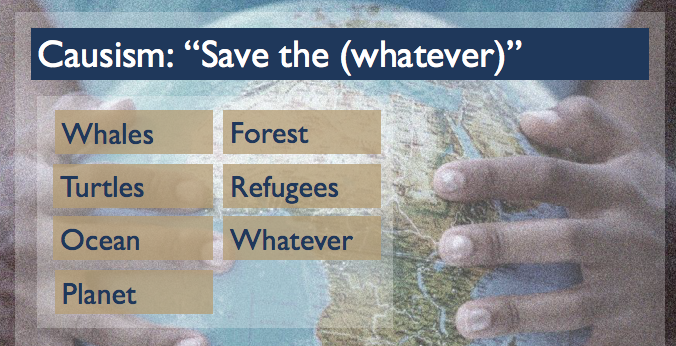 Myths We Must Debunk To Get To Convergence 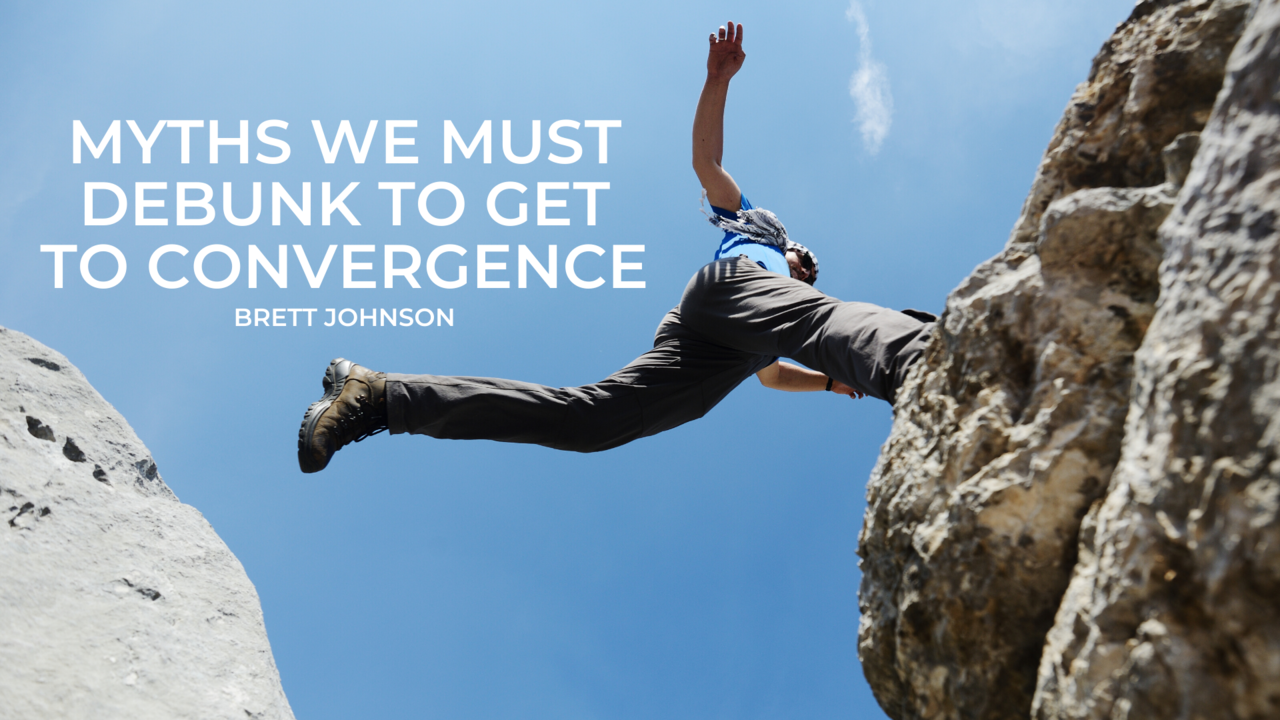 Convergence is that season or place in life where we cry out, "This is who I am; this is why I am made; this is what my life is for." It is when The 4-Cs overlap significantly: Career, Calling, Creativity and Community. I cover this in my book which is called Convergence.

I recently spoke on 12 Myths that will prevent us coming to Convergence; I have not done this before. The first myth I dealt with was the notion that we can find a great and meaningful purpose to life outside of God's will. Actually, this is true to a certain extent. Elon Musk may build a colony in space, and Steve Jobs certainly did create products that "bless" people daily. We can accomplish great things, but they will not necessarily lead to true Convergence when we live by the principles of God, but without the power and presence of God. 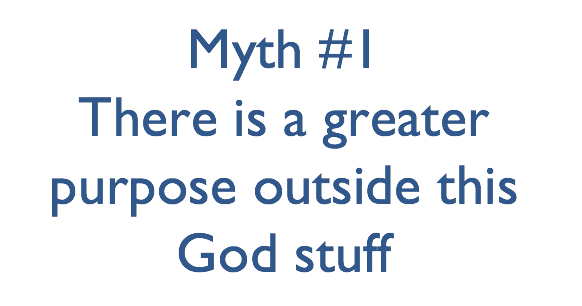 When we get got out of the middle, we don't: we actually replace him with another God. 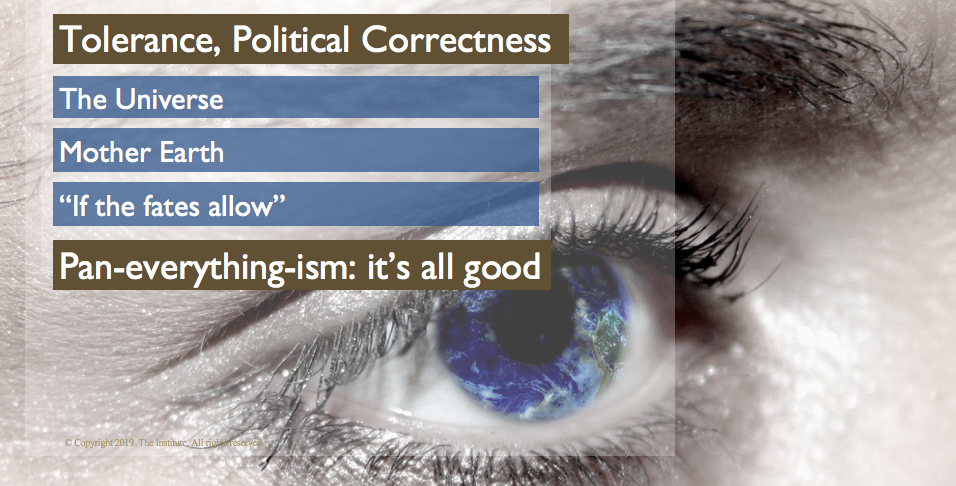 When the earth goes topsy-turvy
And nobody knows which end is up,
I nail it all down,
I put everything in place again.   GOD 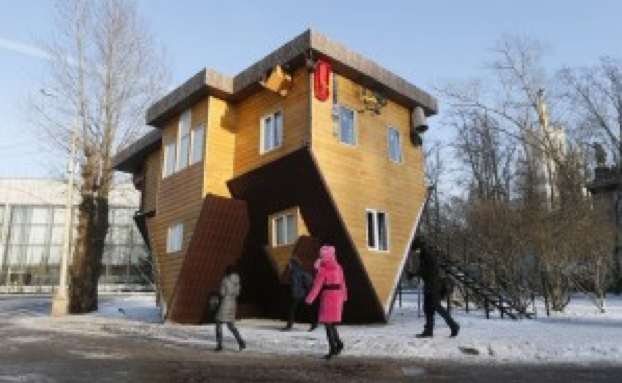 God made this observation in Psalm 75. Pity he is not running for office, or sorting out the healthcare malaise, or the budget mess. What if we had Godspan instead of Greenspan? Would the world be in this sorry state? The answer is, “Of course not,” not if God were running government, or healthcare, or the economy. The problem, however, is that God is a delegator, and mankind has taken the assignment without the Source, or better stated, the Source out of the assignment. We create policies that are bereft of Power. We design systems–and many churches do this too–that are designed to run without God.

Then things go topsy-turvy, pear-shaped, farce about ace… or whatever your colloquialism is. We don’t know which end us up. Life is hardly “nailed down.”

Perhaps it is time to invite God to “put... 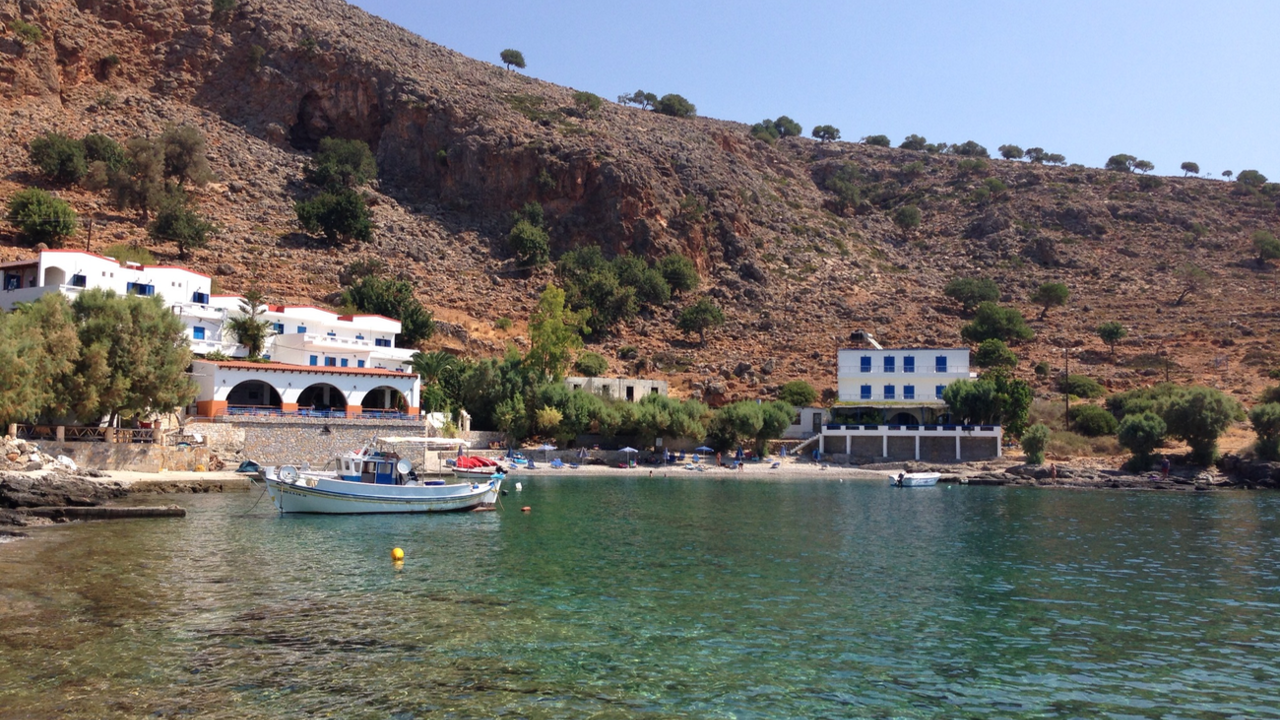 Things start well, but ended in near disaster.... 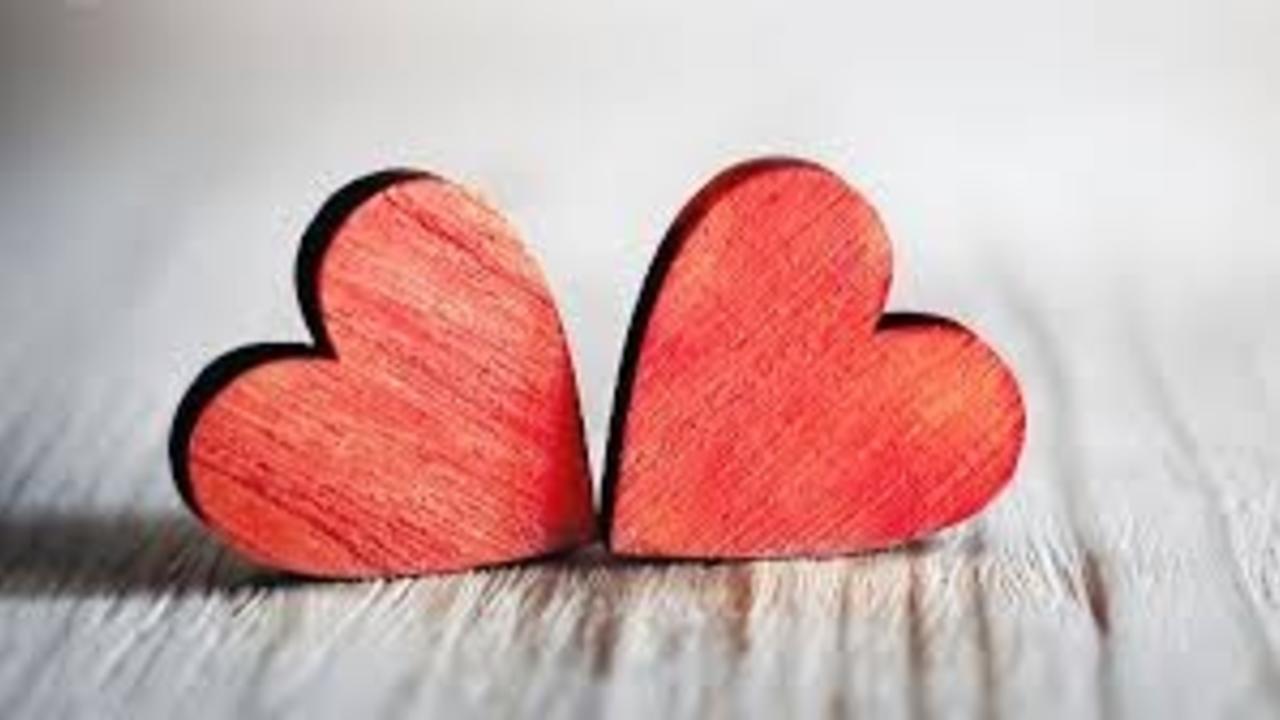 Saint Valentine was arrested, dragged before the Prefect of Rome, who condemned him to be beaten to death with clubs and then have his head cut off on... 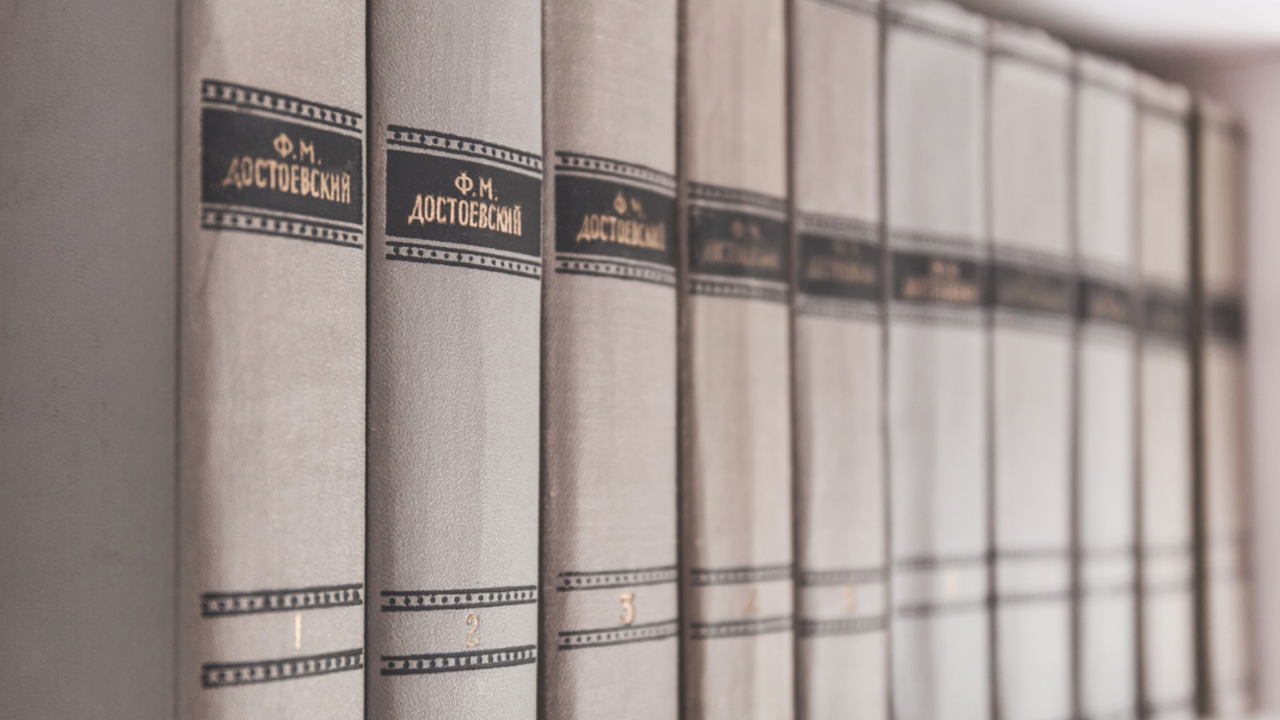 I recently took a trip with a Millennial or two, and while their photos might be good, they missed many of the moments while they Insta-posed and selfied their way around ancient sites. This phenomenon is not limited to the next generations. Take a ride on a subway, a bus or a plane: observe how many people are absorbed in social media. Sporting events, concerts, beaches and construction sites... the same gadget-driven-distractions.

There is no question that knowledge can be useful. What we tend to ignore is that there are different types of knowledge, and if we don’t discern the difference we will be so full of the wrong kind of knowledge there will be no space left for good knowledge.

King Solomon the Wise puts it this way in his first chapter of Proverbs:

29 Because they hated moral knowledge, and did not choose to fear the LORD…31 Therefore they will eat from the fruit of their way, and they will be stuffed full of their own counsel.

If the Early Church had social media... 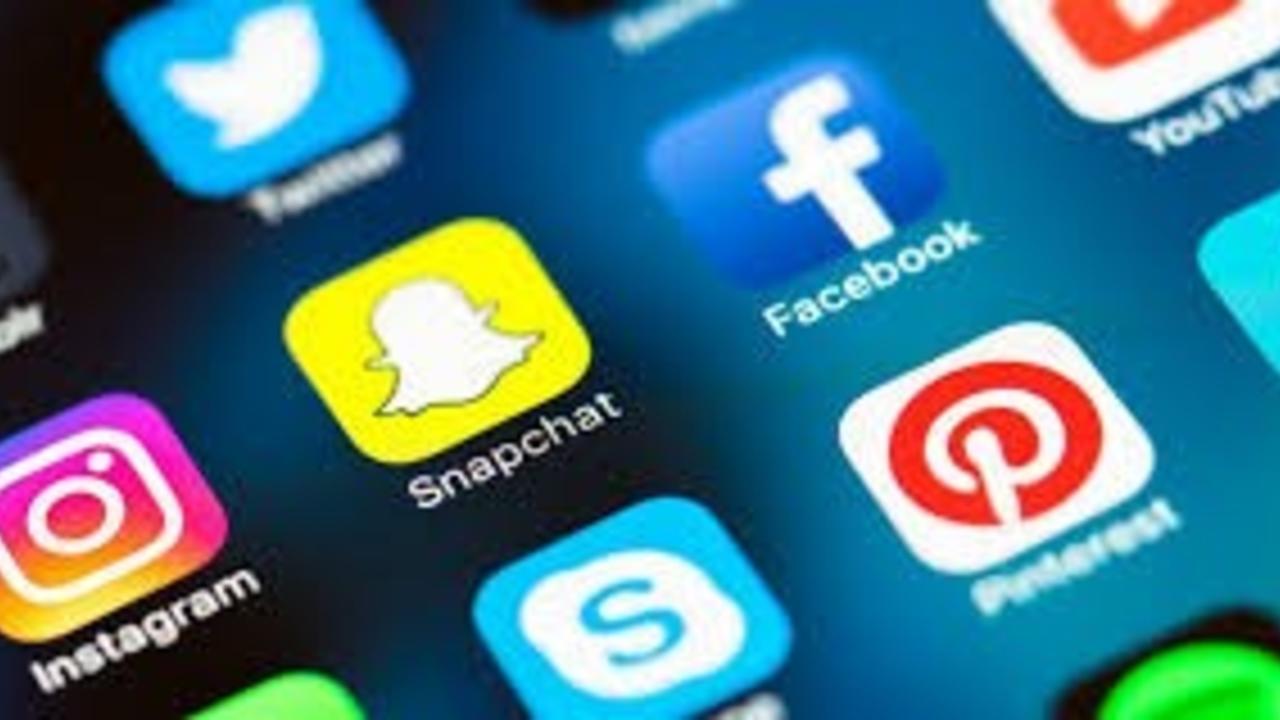 If the Early Church had the technology we have today, I don’t think it would have lasted too long. If Paul had sent a rebuke to the Corinthians in an email a juicy extract would have been tweeted and sunk the Corinthian ship. If Paul and Barnabas sorted out their differences on Facebook that missions venture would probably have crashed. If Ananias and Saphira were part of the real estate LinkedIn group…

Years ago I was asked to speak on the topic, “What is the church doing with technology?” and, in my opening address, I pointed out the error in the question. The real question was “What is technology doing to the church?” Technology can be a good thing, but it can spread darkness at the speed of light. I suspect I wrote more this week than the average New Testament writer did in a year, but it does not mean that my work will last. Today we can do more: more YouTube broadcasts, more tweets, more TikToks... but will our “more” last for...

To transform business, you must address worldview

This video is a talk given by Brett Johnson to the faculty at Oral Roberts University in Oklahoma.